There’s no way around it. The year 2020 has been a crummy one. But here are two planes that show how innovation and determination can get you to the finish line and open up a whole new aviation future.

The cutting-edge pressurized turboprop single is fast and beautiful. And so much more. 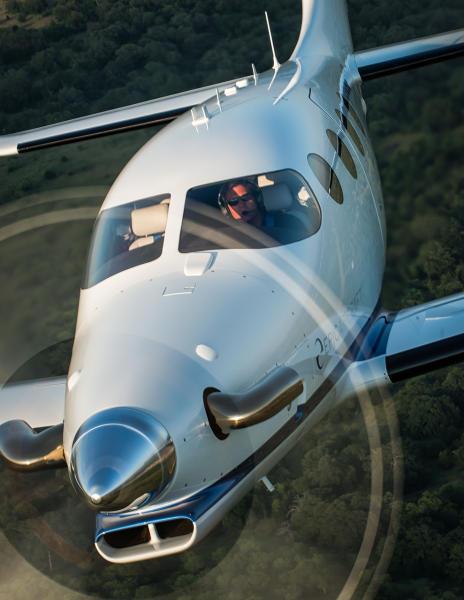 One of our two planes of the year is the Epic Aircraft E1000, a 1,200 hp carbon-fiber pressurized turboprop single. The plane is a product of Epic Aircraft, located in Bend, Oregon. It has been under development for more than five years. The model is, for all intents and purposes, a new plane, though its genesis is in the company’s Epic LT kit plane.

The E1000, however, has been extensively refined and features improvements across the board, including a world-class cabin with numerous improvements and creature comforts. The E1000 earned its FAA type certification in late 2019, and Epic received a production certificate for the plane earlier this year. Epic has already made the first couple of deliveries of the E1000, which, at $3.25 million, is about a million dollars less expensive than its main competitor, the popular Daher TBM 940.

And at that price, the E1000 offers a lot, including seating for six, including the pilot, with club seating in back. It’s also wicked fast. At an advertised top speed of 333 knots, the E1000 is a few ticks faster than the 330-knot TBM, and its ramp appeal is arguably best in class. That class, by the way, is a very small one. Its only natural competitor is the all-metal TBM 940.

The secret to the E1000’s performance is no secret at all. The Pratt & Whitney PT6A-67A gives the E1000 a power range that allows it to produce great power across the flight envelope. It is, of course, certified for flight in known icing, with pneumatic boots.

The E1000 also has great range, with a maximum no-wind range of 1,560 nm with reserves. It’s not only the fastest; it’s also the highest flying, too. With a ceiling of 34,000, it has the highest ceiling for a turboprop single, which allows it the ability to utilize RVSM altitudes, those altitudes above 29,000 feet that allow for 1,000-foot separation. Both plane and pilot must be qualified to fly in RVSM airspace, and the E1000 is ready for it. The chief benefit is great fuel efficiency. The E1000 gets up there fast, too, with a 4,000 fpm initial rate of climb.

Avionics are the Garmin G1000 NXi suite, with three displays, including a large central multifunction display, with the Genesys IntelliFlight 2100 autopilot. Even the design of the switches is laid out in an arrangement that makes for an easy, logical flow, just one of the many design choices that Epic made to its turboprop to ease pilot workload. Even the fuel system automatically balances fuel load between the wings and switches tanks automatically, as well.

There aren’t many new airplane certifications these days, so that alone would be and is cause for celebration. But when that new plane is a cutting-edge design unlike anything that came before, one that offers great performance for less, then that’s a big deal. And for that we name the Epic Aircraft E1000 as one of this year’s Plane & Pilot Planes Of The Year.

If the future of aviation is electric, you’re looking at the future.

In our September issue, we featured the Pipistrel Velis, the world’s first certificated all-electric plane, which earned EASA certification earlier this year and for which production is now in full swing.

Nothing about the Velis is accidental. Every bit of its design is geared toward making electric flight not only possible but also practical. With a two-hour endurance and a reasonable payload, similar to legacy two-seat trainers, the Velis is that practical training aircraft that comes close to making fuel costs go away. The truth, as always, is a little more complicated than that. The batteries are life-limited, and it takes about 90 minutes to recharge the plane fully from a low-charge state, so there’s no slamming in 30 gallons and making a quick turn. How important is that? Refer back to the fuel costs pretty much going away.

So there are compromises built into the plane, but then again, aren’t there tradeoffs with any training aircraft? We’re just so used to them that we tend to forget. High fuel costs, big engine overhaul costs and a marked lack of reliability of the drivetrain are just three of the big ones. All of those are eliminated or greatly mitigated by the all-electric design of the Velis.

And flight schools seem pumped, perhaps a poor choice of words, to get theirs. Already some in Europe are lining up for them, and by utilizing fleets of these planes and their attendant electric infrastructure, the time it takes to fully charge the batteries on one that’s just returned from a training flight can be filled by another identical Velis. That cuts down on aircraft utilization, and that’s an additional cost, but the truth is, gas piston engine-powered planes go into the shop all the time, so the greatly reduced cost of power train maintenance will mitigate the built-in downtime to the Velis as it gets its batteries juiced.

How successful will this first plane of a new breed of planes be? Time will tell, but we do know that in low-margin industries like flight training, when a new technology can reduce the costs of operation, those new technologies are usually quickly adopted.

We’re making a lot of noise about this plane, true, and that’s a bit out of place for the Velis Electro, which at certification became the quietest powered trainer in the skies. And as much talk as there is on the politics of emissions and the problem of our leaded fuel, the Velis is zero emissions and incredibly quiet, both qualities that will help propel light aviation deep into the millennium.

For its pioneering achievement and its contribution to a bigger and better future of flight, we proudly award the Pipistrel Velis as one of our Plane & Pilot Planes Of The Year.