Here’s the part where I describe the way the future will look. How the Pipistrel Velis Electro, the world’s first certified electric aircraft, will change everything. But there’s no way for me to do that.

The story is this: Pipistrel, a small company in Slovenia that, despite its lack of a downtown Wichita address and even much name recognition, has managed to make itself into arguably the most innovative small-airplane company in the world, one that’s the opposite of the big-VC-bucks Silicon Valley start-up urban aerial vehicular fantasies that have tens or hundreds of millions in capital and no really good ideas to spend it on. Pipistrel is in the actual airplane business, the real airplane business, building and selling actual airplanes to be flown by actual pilots…today! Not that there’s anything wrong with well-financed visionary companies…well, on second thought, there’s a lot wrong with them, chiefly that the thing they’re selling is a vision of the future that they need to hawk slavishly in order to keep investment capital flowing in the right direction.

Become a Plane & Pilot Member to explore our complete range of flight reports, technique articles, gear reviews and aviation buyer’s guides written by our experts.
Advertisement
This category can only be viewed by members. 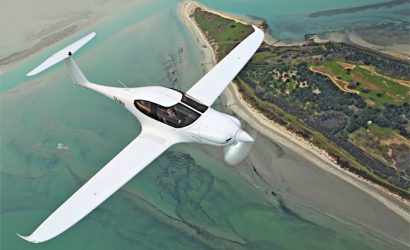