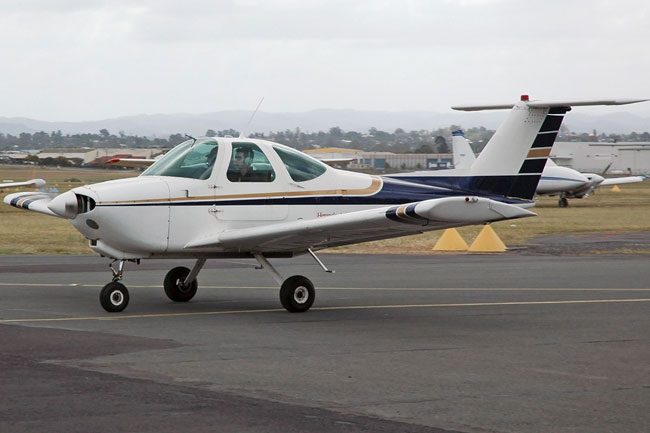 We might just get in trouble for including this plane, not because it’s not a good one, but because the Skipper is such a carefully guarded secret. The all-metal, Lycoming O-235-powered Skipper was Beechcraft’s mid-’70s attempt to create the perfect new trainer to grab market share from Cessna, which owned the training game at the time.

The Skipper wound up being a lookalike to Piper’s Tomahawk, a product developed by Piper for the exact same reasons as Beech created the Skipper. Many pilots, even those who aren’t Skipper owners, believe that the Beechcraft product is a gem, and we agree. The plane is, as you can see, a low winger with a rounded canopy and, the clincher, a T-tail. As you might know, in the mid-’70s for some reason T-tails were hot, and both Piper’s and Beech’s two-seater were graced, or whatever other description you might have for them, with T-tails.

The Skipper is a great flying airplane, with terrific control harmony and easy landing manners. The real selling point for many is the cockpit, which is roomy, nicely appointed and strangely luxurious looking for a trainer. The guess at the time is that Beech didn’t know how to design them any other way.

The biggest challenge with buying a Skipper might be in finding one. Beech built only around 300 of them, and they show up infrequently on the used listings, but when they do, you can get them for somewhere in the neighborhood of $25,000, no bargain compared to the price of a Cessna 150, until you’ve had a chance to sit side by side with a friend in the Skipper. Then it might just feel like a steal.

Read more about the Beechcraft Skipper.