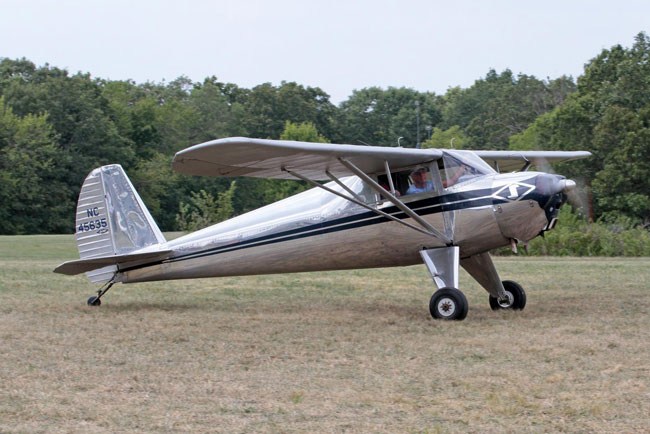 A lot of pilots refer to all two-seater Luscombes as “Silvaires,” but the first Luscombe to carry the name “Silvaire”—the Luscombe 8C—wasn’t built until 1940. Its engine was a rarity at the time, a 75 hp, fuel-injected Continental A-75-8J. The more common Silvaire models, the 8E and 8F, went back to carbureted engines.

The 8E was designed to compete with the Cessna 140. Luscombe added rear windows and an open compartment to the previous Luscombe 8 models and began production in 1946. The original Continental C-85-12 engine provided 85 hp. The 8E came with either 12.5- or, less commonly, 15-gallon wing tanks, which, with its roughly 5.5 gph fuel burn, will still keep the plane up in the air for a reasonable length of time. Cruise speed comes in at around 100 kts. Further improvements in the form of a new 90 hp Continental engine, better landing gear and a full electrical system were added in 1948, becoming the 8F.

With full fuel, the Silvaire can carry about 400 pounds. The narrow landing gear and responsive controls can make it a bit interesting to land, especially for pilots without a lot of tailwheel time. A solid 8C model can be purchased for as little as $17,000, with an 8E going for $18,500 at the low end and an 8F closer to $26,000.