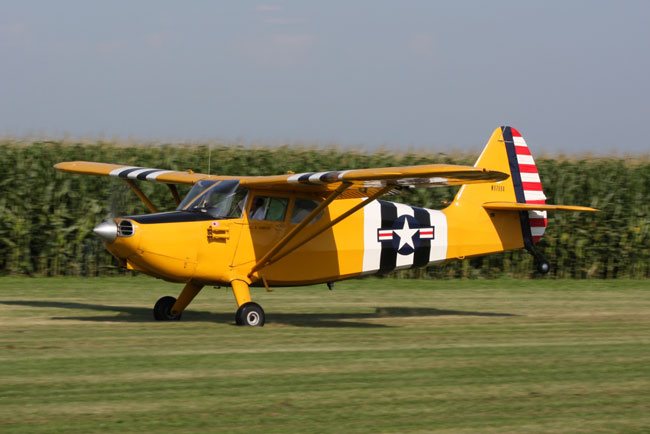 The Stinson 108, built by Stinson Aircraft Company from 1946 to 1950, is a secret hiding in plain sight. Stinson built more than 5,000 of the planes, but it has what is largely a niche following. That could be because of what some describe as ungainly looks.

A fabric-covered, steel-tube fuselage taildragger, the four-seat 108 can cruise at better than 110 mph and can operate comfortably from unimproved strips, though its short-field performance with the stock Franklin 165-hp engine isn’t as sprightly as some of its competitors. Still, the 108 packs an impressive useful load of 1,100 pounds, and it has proven a popular plane among float and ski operators in the bush, with many remarking how much better-looking the 108 is when it’s airborne or on skis or floats.

Many 108s have been modified with larger or non-Franklin engines, and a good number have been “metalized” with sheet metal instead of fabric over the original tube-built fuselage. With its ability to carry four FAA-sized passengers, full fuel and a good amount of cargo on top of that, the 108 arguably competes with the Cessna 182 and Piper 235, two planes that are popular and command much higher prices than the 108.

Both are faster by at least 15 knots, but neither can boast a wood paneling interior, popularized on the most iconic model of the 108, the “Flying Station Wagon.” And all of the 108’s competitors cost a lot more. You can find nice 108s for anywhere from between around $28,000 up through around $38,000, and many of these planes have been not only updated but also taken care of like the prizes they are.