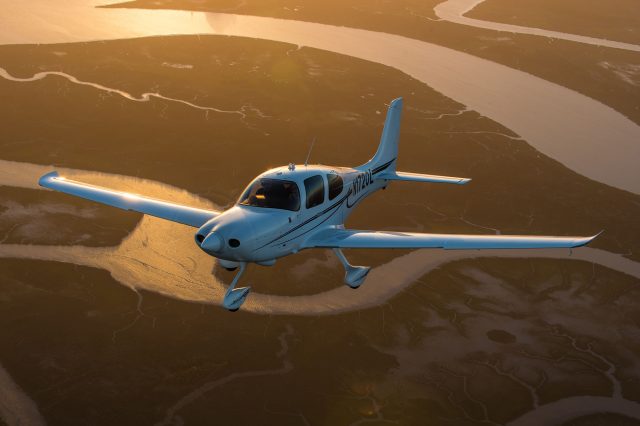 For reasons that are both easy to understand and completely counterintuitive, the four-seat, piston-powered airplane has, for decades, dominated the GA marketplace. And it continues to do so, even though the number of pilots who buy these planes as a transportation tool has slowed dramatically, mostly in lock step with the slowing of the overall GA piston market. The tens of thousands of personal planes sold every year in the ’60s and ’70s, the true heyday of flying in the United States, has turned into fewer than a thousand planes in a good year, and the two dozen or more available models have shrunk to just a handful.

That four-seaters should be the prototypical GA ride makes sense to pilots—but to few others. Considering that most flights go out with one or two occupants (including the pilot), it seems a two-seat alternative would make sense. I’ve thought so for years, but the market was never developed for such a runabout. This is surprising because two-seat planes, like the Van’s RV series, dominate the kitbuilt market and have for decades. Not so in the Part 23 world.

Last year, GA manufacturers worldwide turned out 1,139 piston-powered planes. In the US, manufacturers of piston planes delivered 829, including 771 singles. Of those singles, 380 of them were Cirrus SR22s or SR20s, and 160 of them were Cessna Skylanes, Skyhawks or TTx (a single delivery).

For its part, Piper Aircraft delivered 114 four-seaters in 2018. So those three manufacturers—Cessna, Cirrus and Piper—accounted for all but 87 of the piston singles sold. Sales of six-seat (or larger) piston planes need to be factored in, as well. Piper sold 20 M350s (formerly the Mirage) and Beech handed over 15 G36s.

Internationally, it doesn’t get any more crowded. The top seller among other companies was the Diamond DA40, with an impressive (but still modest by historic standards) 45 deliveries. The bottom line is that recent sales of four-seat models are scant, and those sales are dominated by a few companies.

Moreover, the profile of the customers putting cash on the cowling for four-seat planes has shifted tremendously, as well. In the ’60s and ’70s, though it’s hard to come up with firm numbers, most four-seat piston planes were marketed and sold to private owners. That still happens in some instances, especially in the case of Cirrus Aircraft, which targets affluent pilots looking for high-tech personal transportation. The two other major players, the Textron Aviation Cessna Skyhawk and the Piper Aircraft Archer, are overwhelmingly sold to flight schools.

There have been a couple of departures from our last roundup of four-seat planes. Textron Aviation pulled the plug on the critically acclaimed but slow-selling TTx (formerly the Columbia, among other names), and it ended production of its problematic diesel-powered 172 JT-A. Piper announced this spring that it was no longer producing its four-seat retractable landing gear Arrow model, though the company acknowledged that it could and likely would restart production if a substantial fleet order materialized.

Another major change in the marketplace is the drying up of the piston-single retractable gear market. Beech sold 15 Bonanzas, and Mooney sold seven each of its Ovation Ultra and Acclaim Ultra, and that was about it. There are a couple of emerging retractable-gear models. The Pipistrel Panthera has been inching toward certification for a few years now—is this the year it gets it done? —and Diamond’s exciting DA50 retractable-gear single is looking as though it might get the company’s attention after sitting on the back burner for the past several years. Both planes are included at the end of this roundup as being on the horizon, thought if you’ve been in aviation very long, you know that the horizon is usually much farther away than it looks.

The other big wild card in this whole four-seat equation is the Part 23 rewrite—I guess we’ll have to come up with another term that now it’s been rewritten. These liberalized certification standards have been adopted but not put into practice much. As such, the new FAA standards will allow manufacturers to wrangle approval for their light planes by using industry consensus standards, much the same way as it’s done in the LSA world but with more FAA oversight. Will these changes result in more Part 23 four-seaters (or any other type, for that matter)? We’re just not sure. But in the LSA segment, this certification approach has resulted in an impressive number of new designs.

Lastly, there remain two big stumbling blocks for the return of the four-seat market to anything resembling its former glory. First, and most obvious to the consumer, is that these new planes are expensive, not just in dollar numbers, but even when adjusted for inflation and other factors. Second, the manufacturers aren’t getting rich on these planes, either. Everything they use to build these planes, including the labor, is more expensive, too.

One ray of hope is, ironically, the aging of the piston fleet. With the introduction by Garmin and a few others of game-changing avionics retrofit options for owners of older planes, which is a lot of us, there’s suddenly new life for these planes. That doesn’t mean they’re getting any younger though, just that they’re more useful to us for a while longer. But the truth is, the supply of decent used planes is shrinking, and they cost a lot to maintain.  There’s nothing we can do about either of those things.

There’s also the subject of electric power. The dream of having small planes that run on battery power is great, but it’s not happening anytime soon. Four-seat planes are about twice as heavy as two-seaters, and battery power doesn’t make much sense on two-seaters, yet. Until there are major breakthroughs in battery storage capacity and/or weight, electric flight will remain more science experiment than practical solution.

Some of the four-seaters that remain in production, however, are impressive examples of how new technology can successfully breathe life into great, old designs. Cessna’s high-wingers spring to mind. Others, like the Cirrus piston singles, are new airplanes, relatively speaking at least, and show that innovation can actually create new markets.

Click the button below to see our lineup of production Part 23 four-seat singles. Enjoy.