STOL Drag competitors on the straightaway in slips to improve visibility and control speed, both critical elements of the race. Photo by Darron Haworth 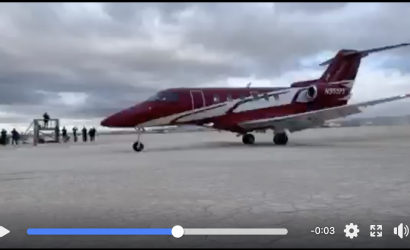