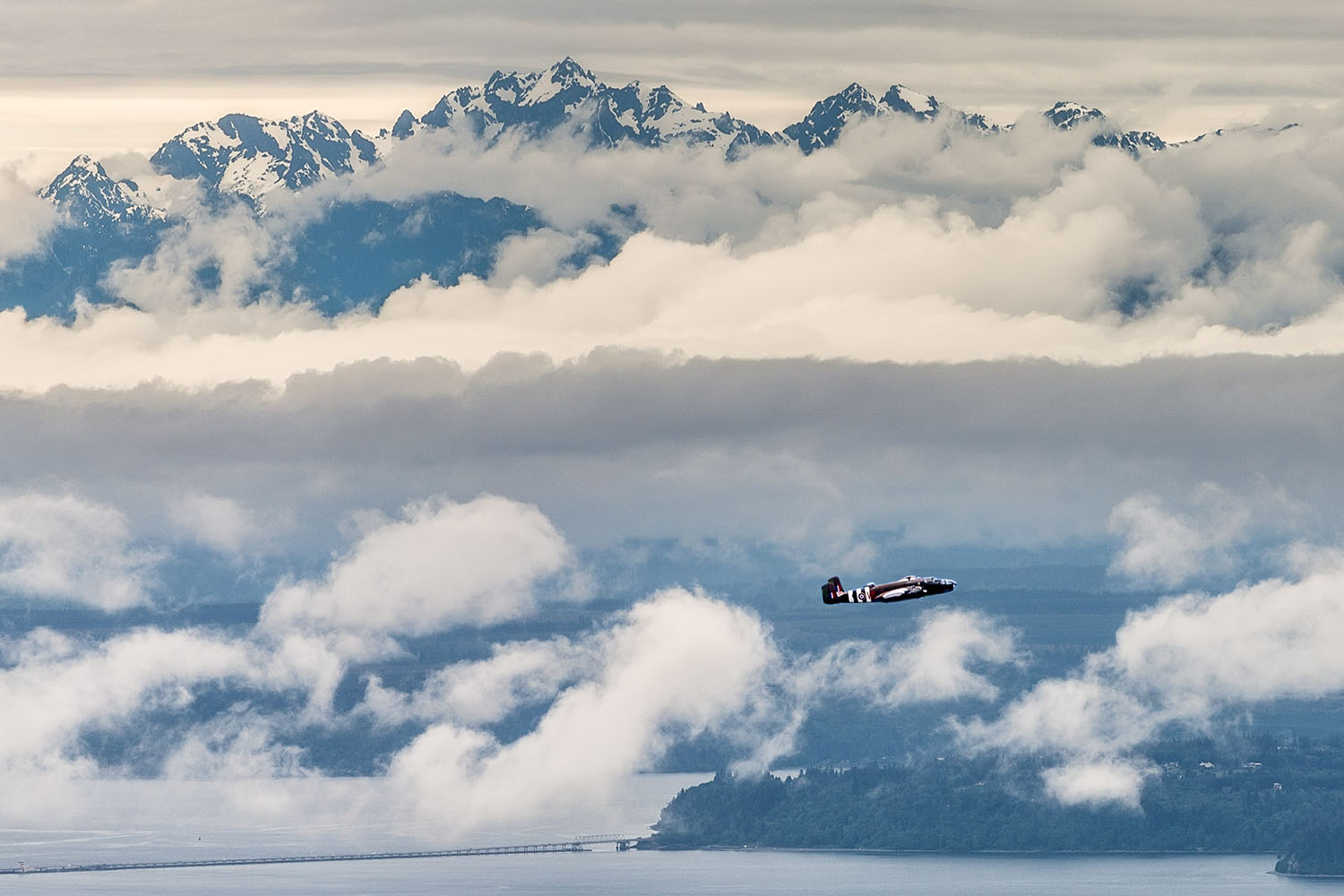 The North American B-25 "Grumpy" against the Olympic Range, Washington. Photo by Steve Zimmermann