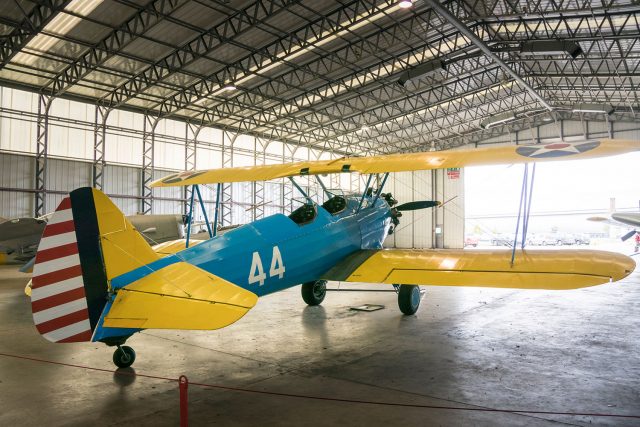 The world of aviation training is huge, and when you include training for flight crews, cabin crews, technicians, dispatchers, weather analysts, engineers and more, the universe of aviation training is vast. When it comes to flight training itself, well, that’s a big world too, and its history goes all the way back to the Wright Brothers themselves, who invented the airplane and who established one of the first flight schools in the world, which makes sense. While flight training has experienced its ups and downs over the past 110-plus years, mostly because of ups and downs in pilot hiring needs, its growth over time has been steady, with new technologies, teaching methodologies and requirements constantly changing the game over time. Today’s flight schools are well-oiled machines, and pilots who go through them get the benefits of more than a century of development and fine-tuning.

Current site of the School: Maxwell Air Force Base

Number of aviators trained there: About 100

End of Operations: 1916, with the onset of World War I

Number of pilots needed for the war effort: At least 5,000

Pledge U.S. cadets had to make for flight training: They wouldn’t marry

Number of CPTP flight schools at its zenith: more than 1,400

Year aeronautics study at the Massachusetts Institute of Technology began: 1896

Currently: Still in existence as ISAE-SUPAERO (Higher Institute of Aeronautics and Space)

Offered at: University of Michigan

Number of aircraft: 120+, including airplanes, helicopters, and UAS

Established (as Embry-Riddle School of Aviation): 1926, then reestablished in 1939 in partnership with the University of Miami