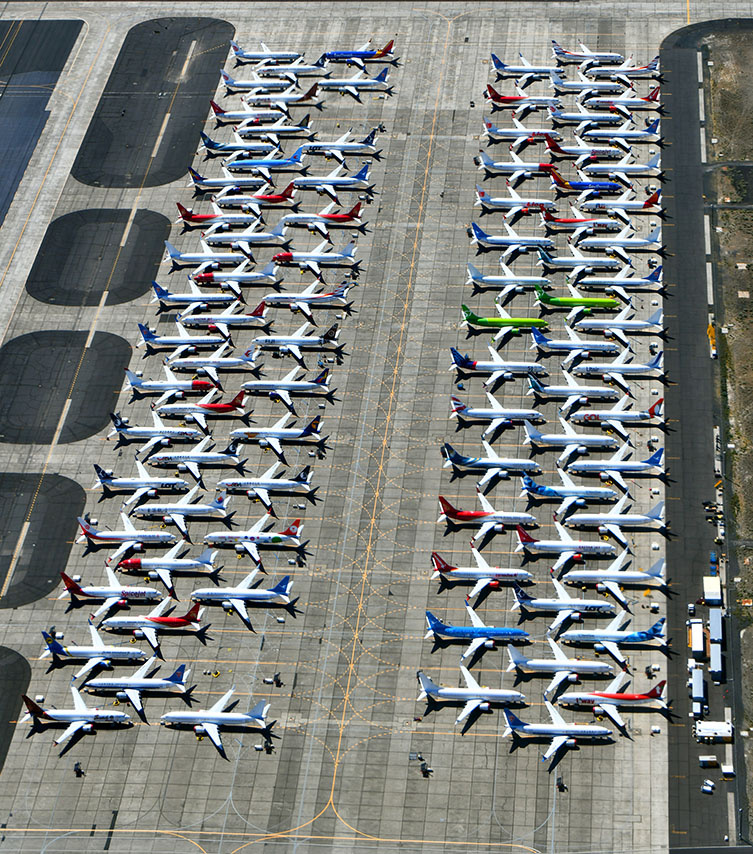 Boeing 737 Max in different liveries parked at Grant County Moses Lake airport. Nguyen took this shot through the passenger window of an Embraer jet during training while he was waiting his turn to fly the approach. Photo by Long Bach Nguyen