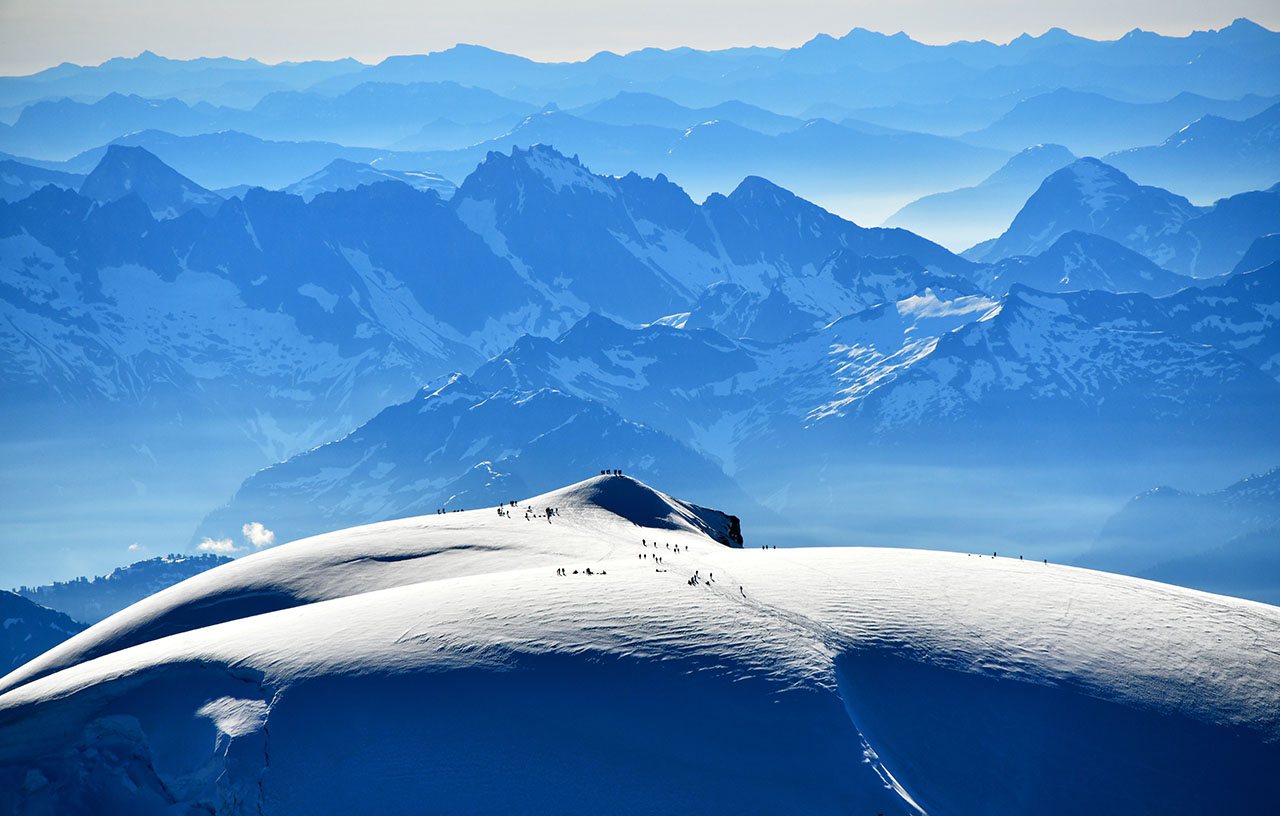 Climbers at Grant Peak on Mt. Baker with the North Cascade Mountains as a backdrop. A friend was seeking to summit Mt. Baker and asked if Nguyen could photograph his group. Flying the Cessna 182 at 11,000 feet, he had no way to tell which group was his friend's. After 40 minutes, he took one last shot before heading back. And it turned out to be the right group. Photo by Long Bach Nguyen