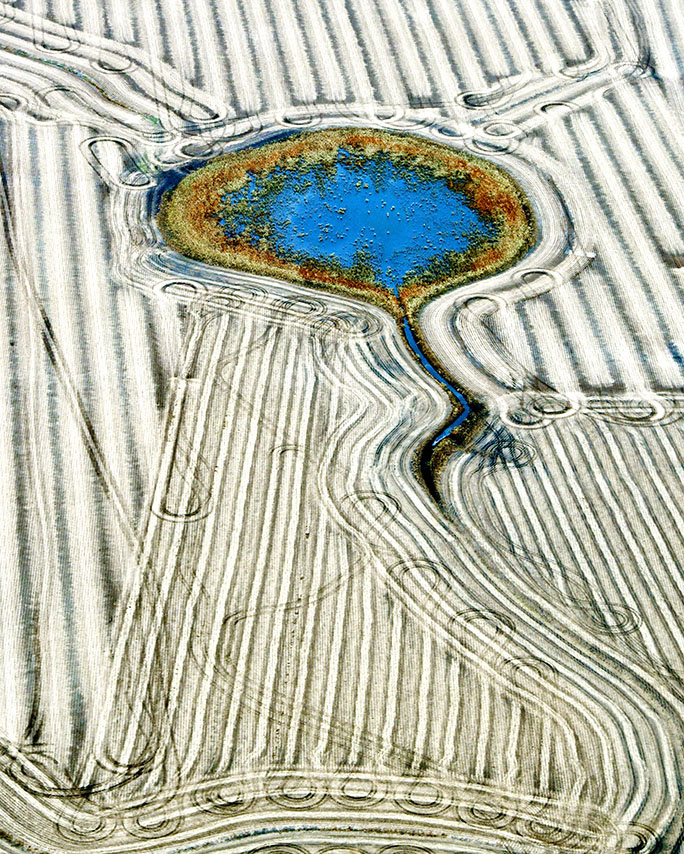 A settling pond in deep blue and trimmed in green dramatically contrasting the neutral fields around it. Photo by Long Bach Nguyen