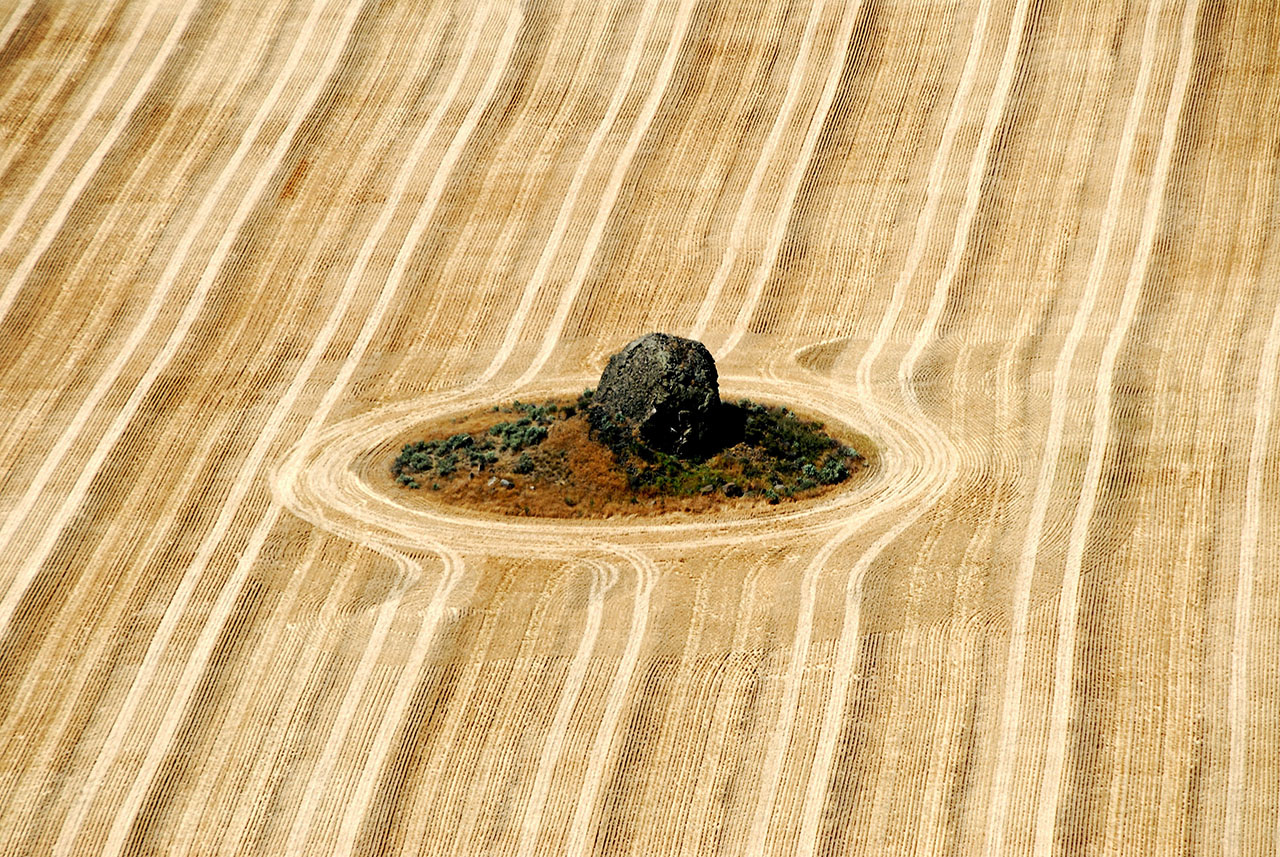 A striking glacial erratic in a farm field. Erratics are glacially deposited rocks different in nature from the local rock, somethings picked up from terrain hundreds of miles away and then deposited as the glacier retreats. Photo by Long Bach Nguyen