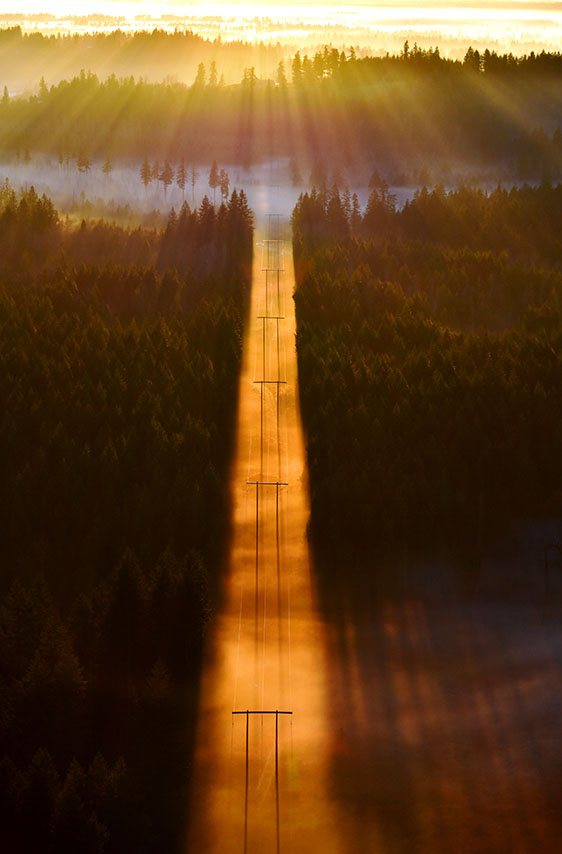 While on a flight in the T-34 to catch some sunset shots, Nguyen spotted this once-in-a-lifetime view, the powerlines at Lake Complex Natural Area in Enumclaw, Washington, lit up in orange by the setting sun lighting up the ground fog along the power line road.