The photographer Long Bach Nguyen with his wife, Katherine. 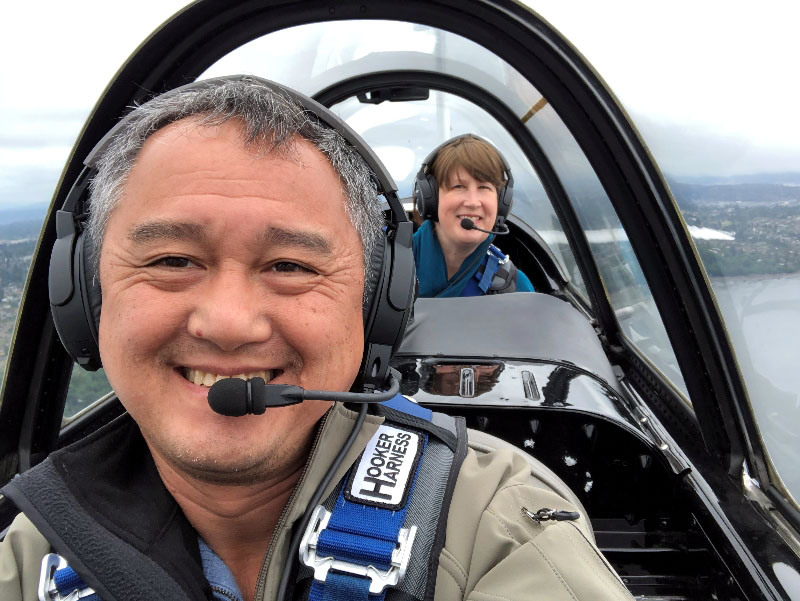 The photographer Long Bach Nguyen in the front seat of a T-34 with his wife, Katherine, celebrating their 16th wedding anniversary and reliving their wedding night, when the couple spirited for their honeymoon in a different T-34.