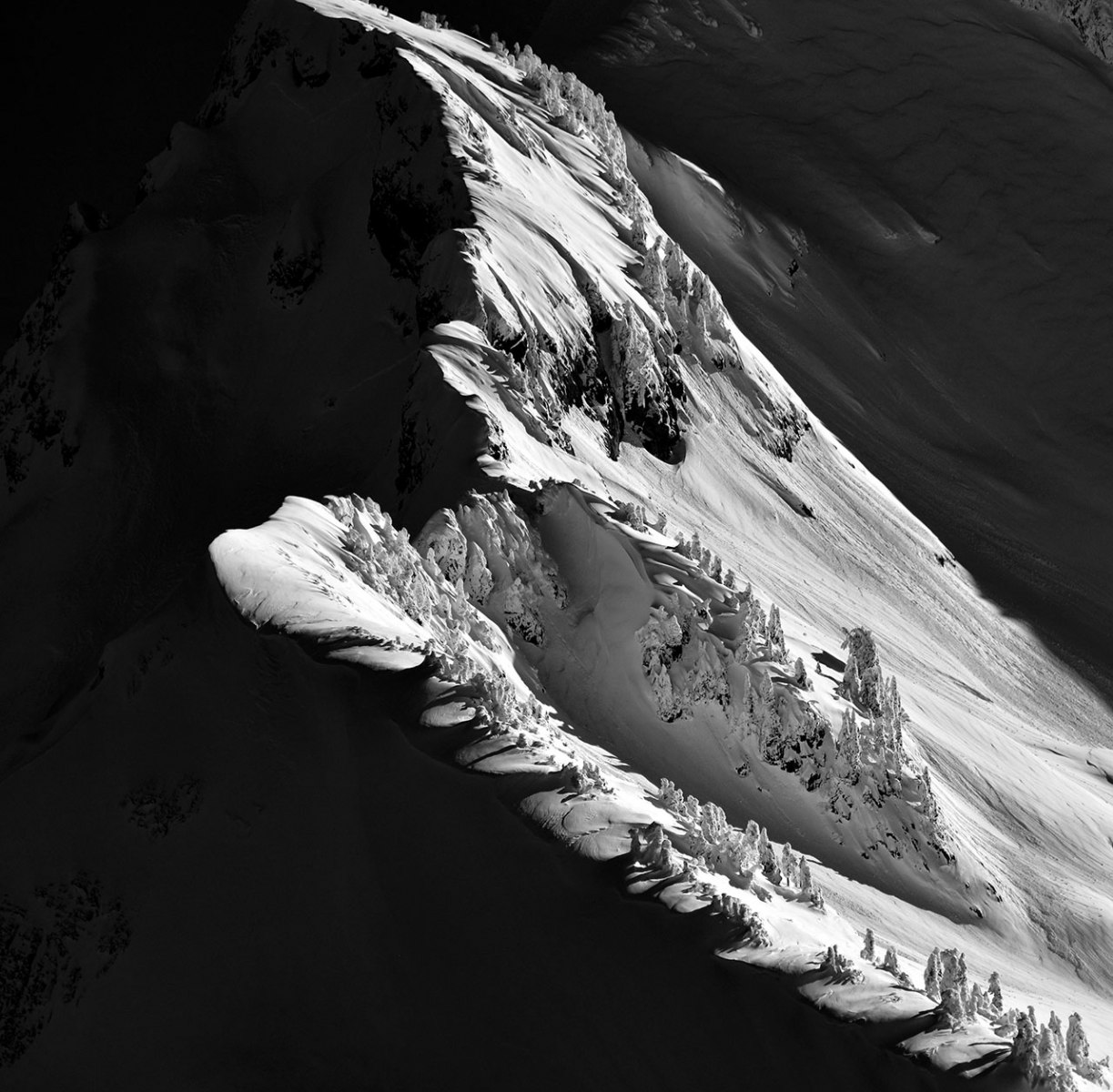 Nguyen and his friend were doing mountain search flying proficiency in his friend's Cessna when the photographer noticed the dramatic lighting on this Cascade's slope. He quickly changed to black/white mode and used spot metering to capture this image. Photo by Long Bach Nguyen