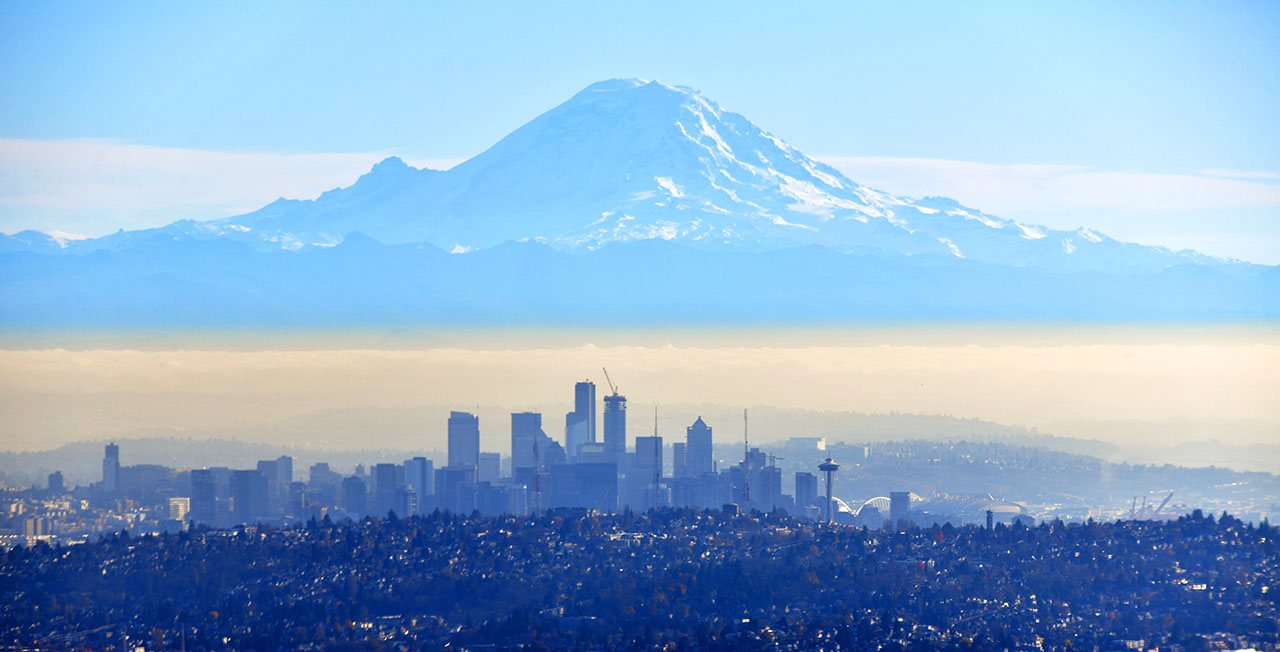 The imposing figure of Mt. Rainier towering over the Seattle skyline. Photo by Long Bach Nguyen