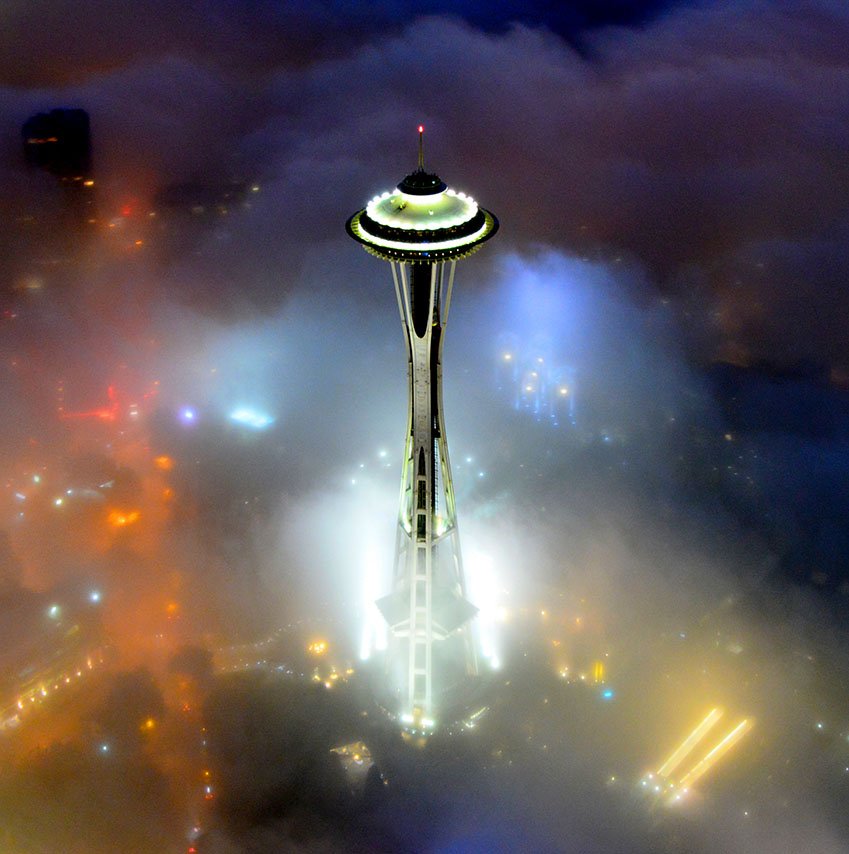 The Seattle Space Needle rising above the fog. Nguyen took the shot out of a Cessna 182 slowed down and on autopilot as the fog rolled across the Bay and the west side of Seattle while conveniently leaving Boeing Field in the clear. Photo by Long Bach Nguyen