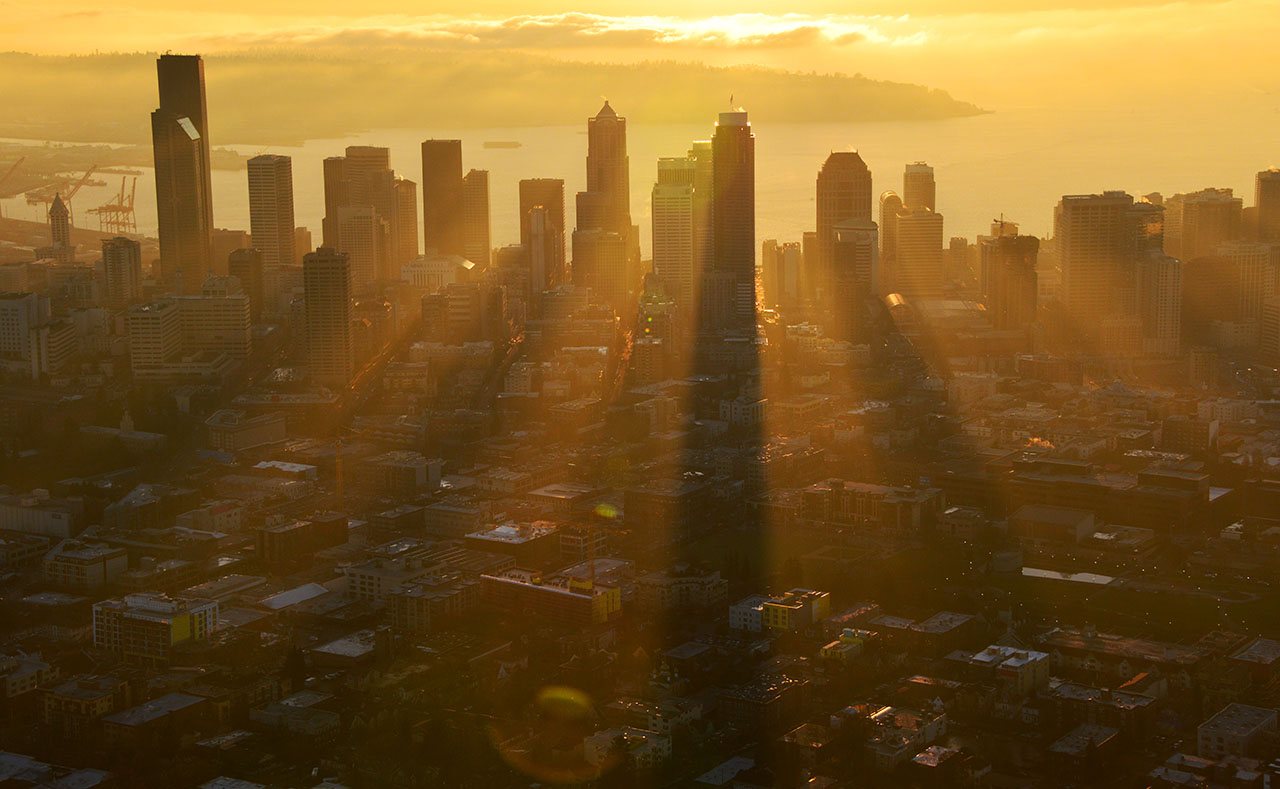 The Seattle cityscape at sunset. Photo by Long Bach Nguyen