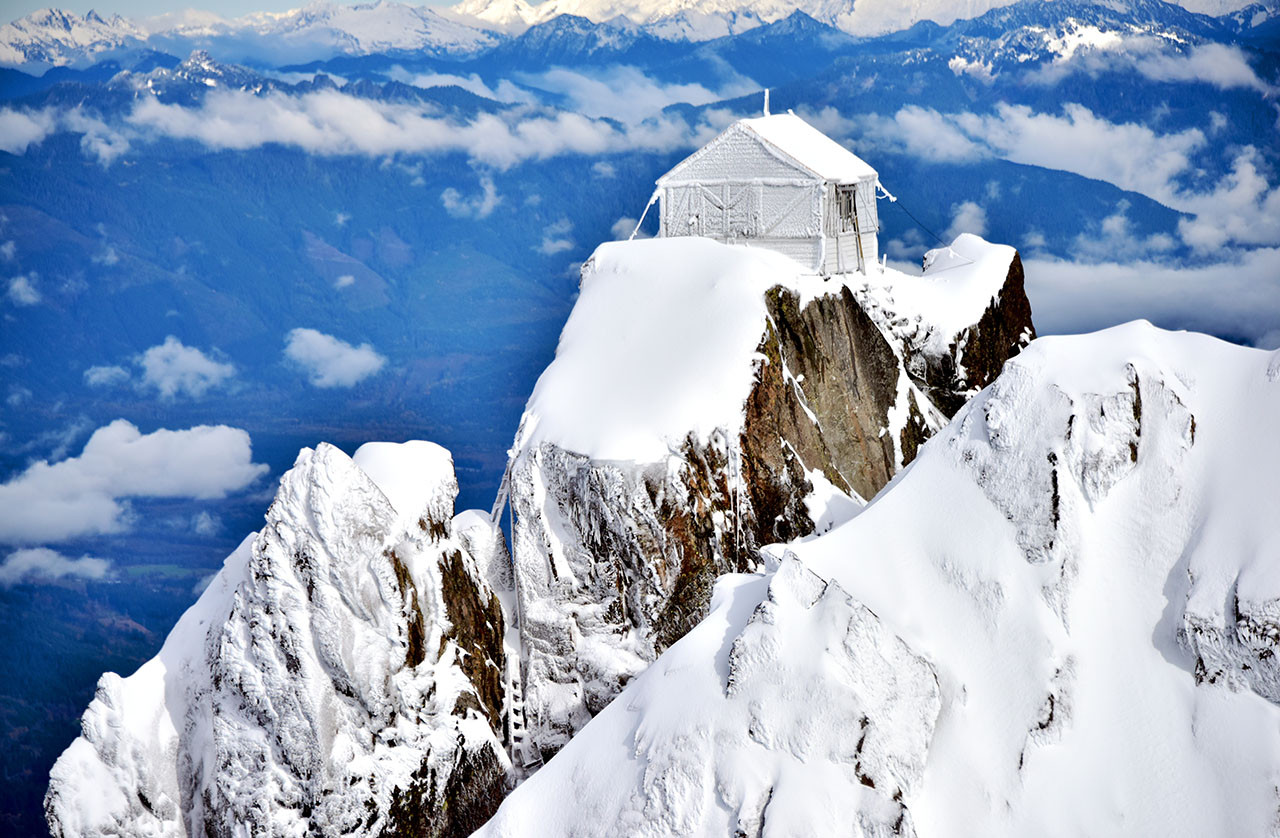 Nguyen was giving a friend a mountain flying lesson while on the way to the Three Fingers formation when he caught sight of the lookout covered in snow. Photo by Long Bach Nguyen