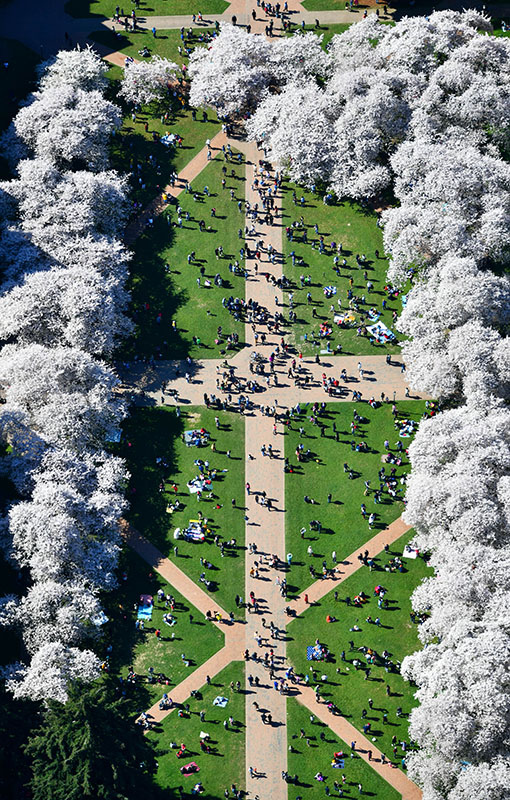 Students filled the Quad at the University of Washington (U-Dub, to locals) with the cherry trees in full bloom. Photo by Long Bach Nguyen