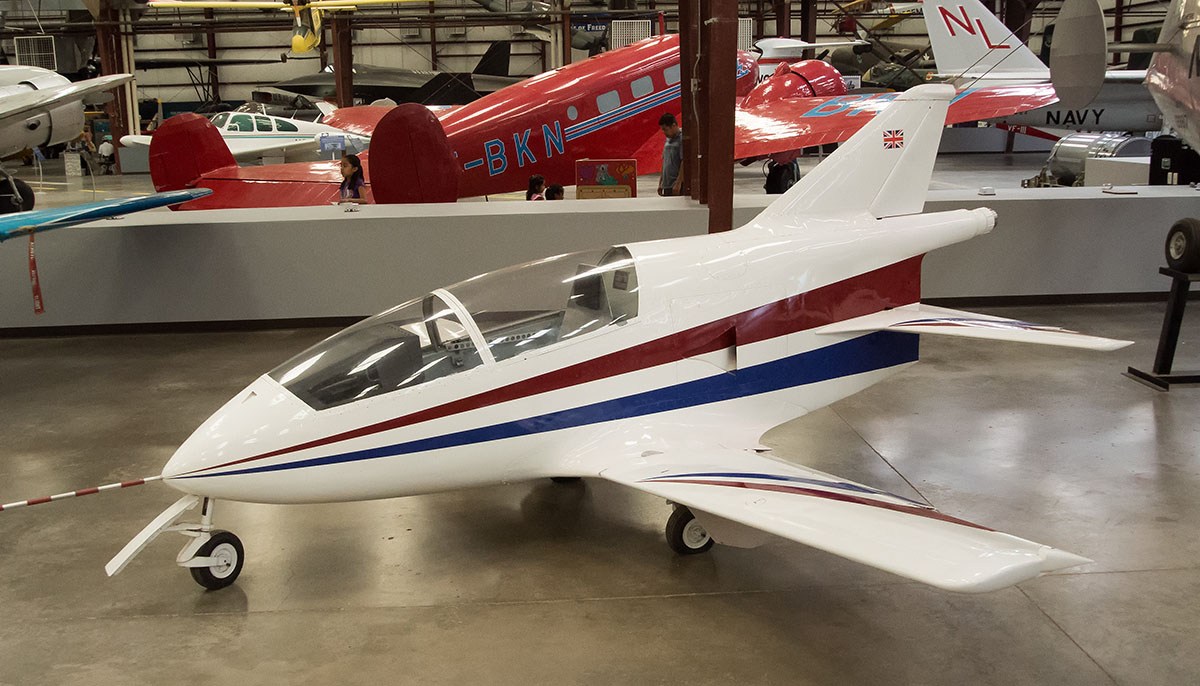 Arguably, the epitome of the personal jet is the BD-5J. It has room (barely) for one, a single, tiny jet engine and, oh yeah, you build it yourself. The homebuilt Bede BD-5J, which first flew in 1971, was offered in kit form by the Bede Aircraft Corporation, founded and headed by the late Jim Bede, who went through a number of shady episodes marketing and selling his designs. But the Bede Jet, a derivative of the pusher piston-powered BD-5, was undeniably cool, so much so that it is featured in the opening sequence of the James Bond film Octopussy flying through the open doors of a hangar to evade the bad guys in hot pursuit. Bede sold hundreds of kits for the BD-5J, powered by a 225-pound-thrust turbojet. The plane’s safety record is notoriously bad, and there’re just a few of them still flying. And with a range of around 250 nm and a cruise speed of 240 knots, it wasn’t a very practical plane, though many of them have appeared on the airshow circuit over the years.