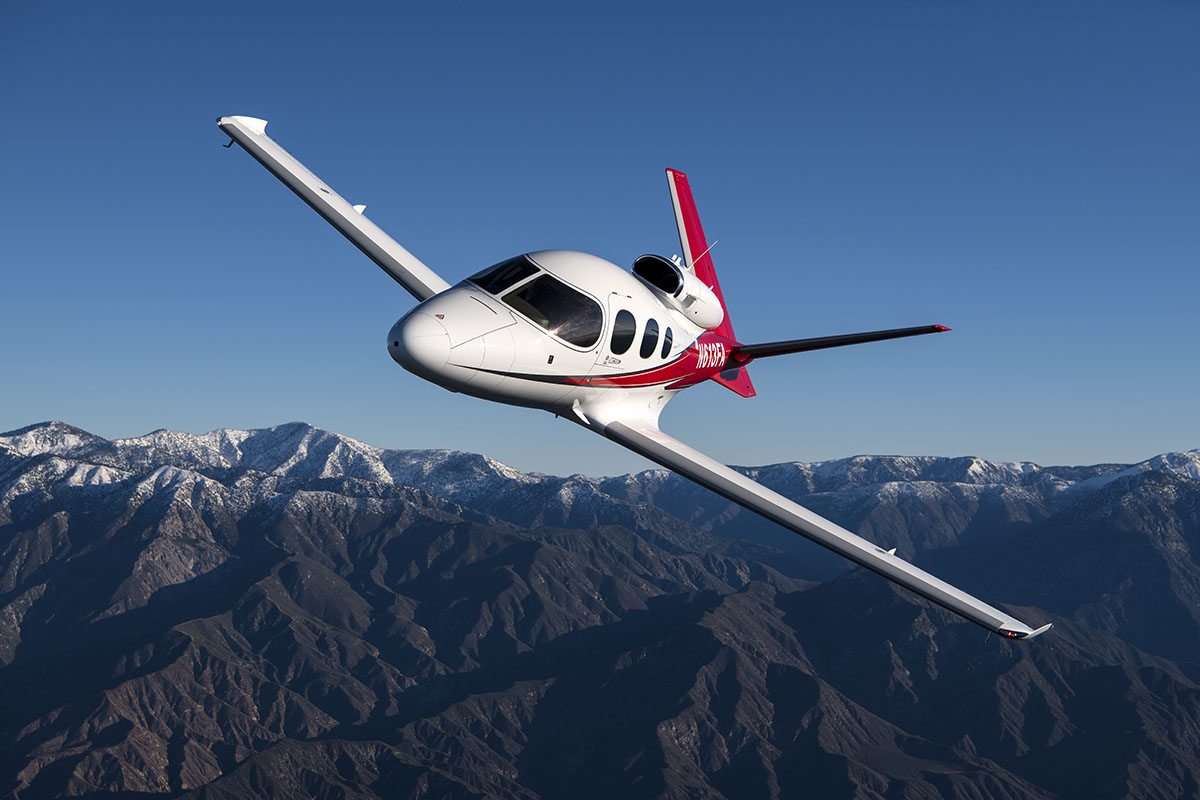 Like so many of the jets featured here, the Cirrus Jet, renamed the SF-50 Vision jet more than a decade ago, was a huge undertaking for Cirrus Aircraft, which launched the project in 2007. The plane, an all-carbon-fiber, six-seven seater with an odd, bug-like look to it that many find kind of cool, would be, Cirrus said at the time, the lowest, slowest jet out there, but it would be easy for an SR22 pilot to transition into. The recession soon threw a wrench into the carbon fiber, and the project was put on hold, eventually getting re-booted with major improvements after Cirrus was purchased by CAIGA. The company earned FAA certification for it in 2016 and made its first delivery a few months later. So it took Cirrus 10 years to hand over the first SF-50, but it was an immediate success. The plane was indeed a doable transition for a proficient pilot of a high-performance single. We flew the plane soon after it came out and said that it was the lowest-workload cockpit of any light jet. Cirrus has delivered more than 175 of the jets and counting, and the Generation 2 version is slightly faster than its 310-knot predecessor but better in numerous ways. It’s also more expensive, at around $3 million. Cirrus has hundreds of orders for the jet, so expect to see more and more of them at airports near you over time.