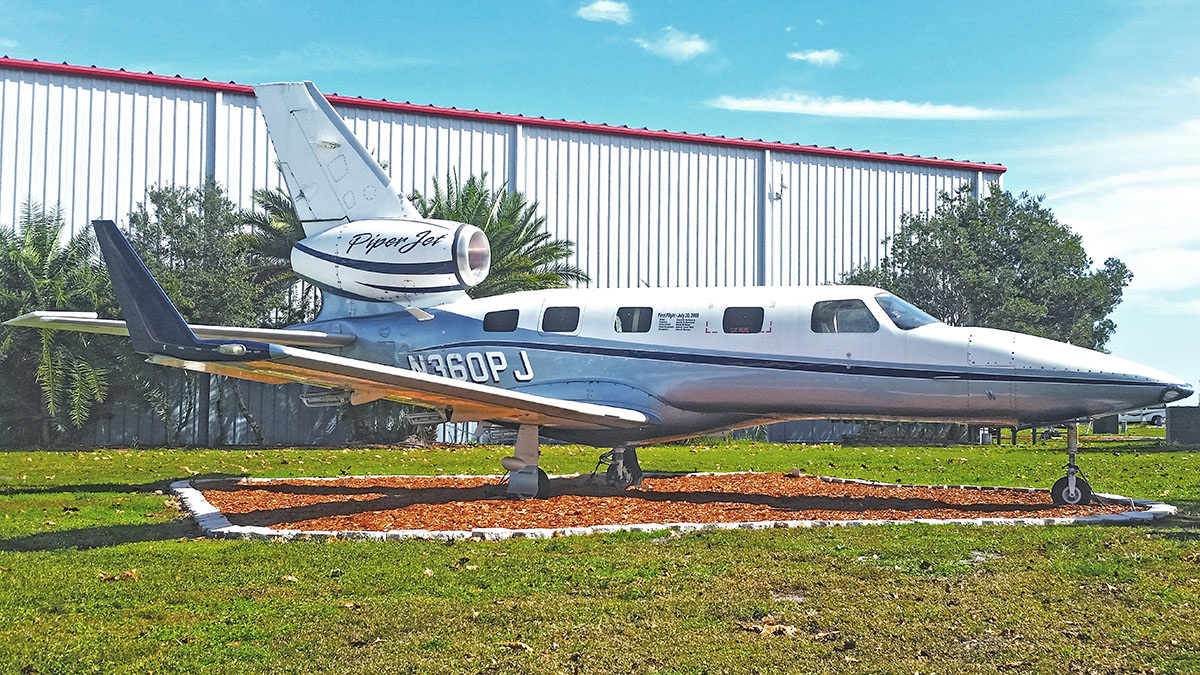 When Very Light Jet (VLJ) fever struck the North American continent in the late ’90s, everyone wanted in on the act, and that included Piper, which thought a single-engine, single-pilot jet that offered good performance at a great price would be a natural. They soon learned, however, just how expensive it would be for them to bring such a jet to market and how difficult it would be to get the design just right. That product was the Piper Jet, an all-metal six-seater based on the PA-46 series of pressurized singles. Target price was right around $2 million.

A later, extensively redesigned version with a new airfoil was renamed the Altaire. Piper, under new ownership at the time and with the recession in full bloom, canceled the program long before certification. The defining feature of the plane is its tail-mounted engine. Tail-mounted engines are common on tri-jet planes, but they present problems when power settings are changed, as the moment of the engine is so great that pitch changes are amplified. Piper initially had an auto-trim system to address this but later worked with engine supplier Williams on a thrust vectoring solution to the problem that eliminated much of the complexity of auto trim. The Piper Jet/Altaire’s performance targets were impressive: a cruise speed of 360 knots, a range of 1,300 nm and a ceiling of 35,000 feet.