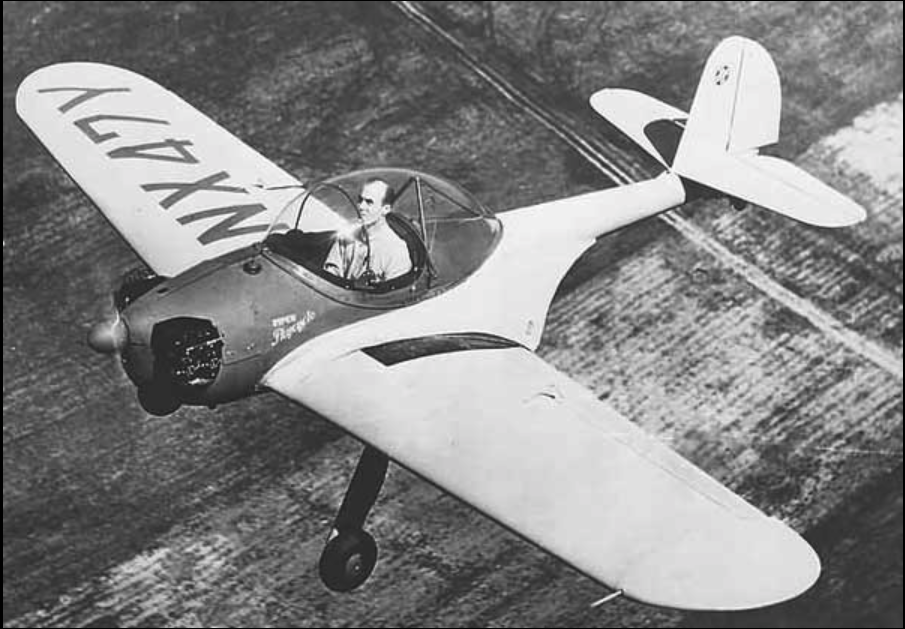 Toward the end of World War II, Piper, like just about every other light plane manufacturer, figured that the big business it was doing with the government selling liaison planes based on the J-3 wouldn’t last forever, so it planned to transition to a civilian lineup. One of the planes it floated was the Skycycle, a single-seat taildragger, the first prototype of which was built from an auxiliary belly fuel tank of the F-4U Corsair fighter. Though it was originally outfitted with a two-cylinder opposed engine, the later prototype got a four-cylinder Lycoming engine, the O-145, which would one day grow into the O-235 series that powered a later Piper, the PA-38 Tomahawk. The Skycycle seemed to have a lot to recommend it, a modern-looking, low-wing design with a cool bubble canopy, side-by-side seating and a modern four-cylinder opposed powerplant. And was it ever cute. But, alas, Piper chose to abandon the Skycycle after it had built just two prototypes in order to pursue offshoots of existing, more conventionally Piper-looking designs—a pathway it would follow until the late ’50s, when it launched the thoroughly modern, hugely successful Cherokee lineup. And, to be fair, single-seat GA planes are real unicorns.