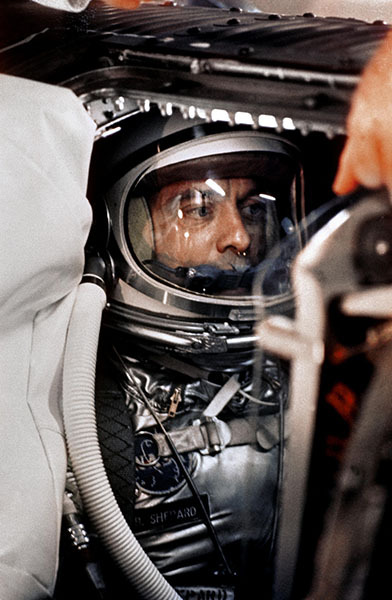 The first person in space was Soviet cosmonaut Yuri Gagarin, who was aboard Vostok 1 when it entered space on April 12, 1961. We fully expected the second in space to be some Soviet Cosmonaut we had never heard of before, but, unlike many unfamous seconds, the second person is space was as famous as the first. He was Alan Shepard, whose fame was helped more than a little by being the first American in space at a time when America was working hard to win back the glory from a Soviet space program that had gotten into space first. Shepard’s flight came less than a month after Gagarin’s famous first.