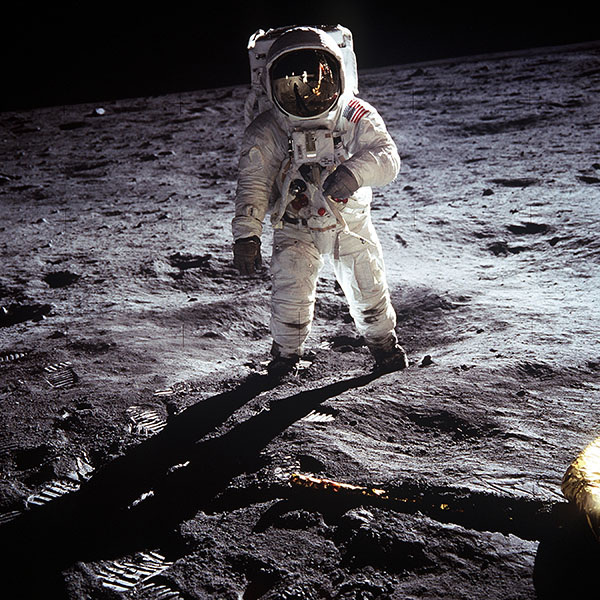 This one is probably the easiest. After Neil Armstrong took his one small step, Buzz Aldrin was the next out of the Lunar Module, less than 10 minutes after Armstrong.