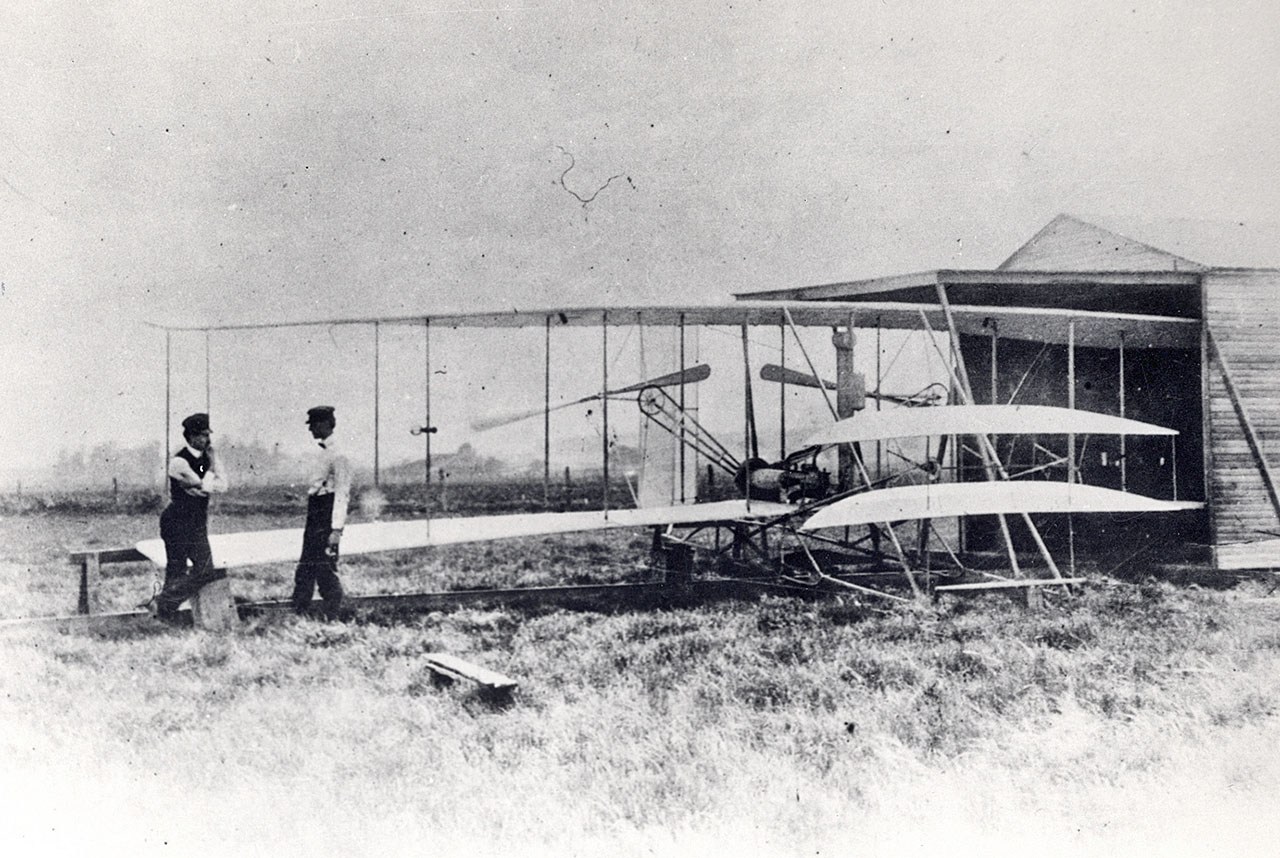 What was the first plane to fly? Duh. The Wright Flyer, in Kitty Hawk, North Carolina, on Dec. 17, 1903. And to be honest, the second plane to fly was kind of a rerun. The Wright Flyer II first took flight in 1904 in Huffman Prairie, near Dayton, Ohio. It was just months after the brothers’ first successful foray into the wild blue in Kitty Hawk. The new plane, made mostly of pine instead of spruce, wasn’t much of an improvement, though its more powerful engine was a welcome addition. Still, with 200 pounds of extra weight and a less-efficient wing, the Flyer II made clear that the Wrights were still learning the most basic elements of aerodynamics and materials in their quest for a great flying airplane. The first successful plane not built by the Wrights is a much harder call to make. There are arguments that the New Zealander Richard Pearse flew second. Some say his flights preceded the Wrights. And experimenters in France and Denmark made short hops. But without much debate, the second successful airplane (if not the first really successful one) was Alberto Santos-Dumont’s 14-bis, which first flew in September of 1906. The plane was an oddly configured mishmash of shapes and angles, but it flew pretty well. It could, in fact, take off on its own gear and fly for what were then considered great distances.