It was Wittekiend who announced his own termination in a Facebook post shortly after he learned of the FSDO’s action. The instructor pointed out that to his knowledge (and to ours), designated examiners are appointees who can be fired at will. But the circumstances surrounding the termination and the reasons stated for the action have caused an uproar among pilots from the Central Texas area, many of whom are calling for Wittekiend’s dismissal unwarranted and unfair.

From all appearances, Wittekiend isn’t just any DPE, but a star. A 12,000-hour pilot, he’s a multiple Master CFI recipient and a two-time CFI of The Year in the Southwest Region. He has given more than 2,500 check rides, he says. He had worked for the San Antonio FSDO since 2010. Online, the testimonials to Wittekiend’s performance as a DPE, an advocate for aviation safety and a friend to the aviation community in general have grown into the hundreds.

Given Wittekiend’s reputation, it came as a shock when area pilots learned of Wittekiend’s Facebook post detailing the firing. And it wasn’t just the fact that he had been fired, which was surprising enough, but the manner in which he was let go and the claimed reasons for the FSDO’s decision.

The cause, according to Wittekiend, was that he was present at a virtual safety meeting that discussed back-country flying—an activity that Wittekiend has taught and counseled safety on for years. Wittekiend is an accomplished tailwheel pilot and has made the 10,000-plus-mile pilgrimage to Alaska from Texas on a couple of occasions, once in his own Super Cub. He has, a local pilot told Plane & Pilot, long counseled a safety-minded approach to flying the backcountry.

The safety meeting, conducted over Zoom, was part of local Master CFI Jeremy Walter’s “Breaking the Chain” series. That particular video conference focused on backcountry flying, which is growing in popularity around the country, perhaps nowhere in the Southern Tier as strongly as in Central Texas.

The section that Wittekiend said concerned the FAA is at the 1:22:48 point in the video, which had turned to a discussion of a practice called “waterskiing,” in which a taildragger skims over the surface of the water, a popular though somewhat controversial practice among a few backcountry flyers.

Wittekiend also said the FAA had mentioned his appearing to have been drinking red wine during the call—Wittekiend was, again, not a presenter and he didn’t comment at all during the presentation. We reached out to the FAA to ask if it had policies regarding the consumption (or apparent consumption) of alcohol while attending such events, but we have not yet heard back from them. The practice, according to more than one pilot we spoke with on the subject, is quite common, especially for informal sessions held in the evening.

The larger issue seemed to be During that segment, local CFI and presenter at the seminar Tres Clinton discussed having waterskied in a plane belonging to Wittekiend and related during the call that the DPE had jokingly said, “You know how you do this? In someone else’s airplane.” Those comments, Clinton told Plane & Pilot, were clearly a joke and were made years before the Zoom call. Moreover, subsequently, he said, Wittekiend had made clear to him and others that waterskiing is a risky proposition.

One of the most shocking details that came to light after Wittekiend’s dismissal was that while on the Zoom call, the DPE didn’t comment on the topic; in fact, as an attendee and not a participant, he never uttered a word during the presentation.

But his presence at the meeting apparently was enough for the FAA, and a few days later, it suspended Wittekiend, something the DPE learned of only after the fact, and later fired him officially.

Wittekiend was in Central California, he told Plane & Pilot, conducting a check ride, when his supervisor with the FAA, Chritian Morales, emailed him that his DPE privileges had been suspended pending an investigation into Wittekiend’s participation in the call in question. The check ride, Wittekiend said, had to be discontinued.

A later email finalized the termination, the cause for which Wittekiend said he was told was “failure to represent the FAA in a positive manner and to exhibit integrity.” In part, Wittekiend told us, it was because he failed to speak out against the practice on the video forum.

When we spoke with Wittekiend by phone last week, he said that there is an appeal process for DPEs who have been fired, but it has to do not with the fairness of the dismissal but, rather, whether the FAA followed termination procedures correctly. They have, he told us, haltingly taken those mandated procedural steps.

Perhaps most shocking is that even though the FAA claimed its firing of the DPE, according to Wittekiend, was because he failed to speak up about the waterskiing commentary, FAA FSDO employee and safety team representative Ryan Newman was on the call as well.

In the wake of the FSDO’s action, hundreds of pilots in the Central Texas region have banded together online, using the hashtag #PilotsForKen, with the goal of reaching out to the FAA to ask it to rescind the firing.

The YouTube video, “Fired by the FAA,” hosted by Walters and featuring another local CFI, Tres Clinton, presses the case.

It also raises the further specter of targeted enforcement by the FSDO. Newman, the FSDO employee also on the Zoom call, did respond to other topics, (though not this one), was not publicly disciplined. He also audibly laughed at Clinton’s joking recollection of the conversation he said he’d once had with Wittikiend. Clinton even went on to refer to a video by another pilot who said they had pertinent safety advice on the practice of waterskiing.

The FSDO hasn’t disciplined Walters, who sponsored the event as part of his safety series, or Clinton, who was the presenter. Clinton even discussed during the episode that he was in the airplane when it was being waterskied (with another pilot at the controls, he told Plane & Pilot).

Thy are both said to be concerned by the potential for running afoul of the FAA, as Wittekiend has, and whether it’s too risky to take part in other safety-advocacy public events.

After the video, Clinton was called by the FAA as part of its investigation, he told us, into a pilot, whom he later deduced was Wittekiend. He said the FAA took pains to make it clear to Clinton that he was not a target of the investigation, but rather, a witness.

So the question lingers. If the FSDO was specifically targeting Wittekiend for his presence at the Zoom conference—again, Wittekiend didn’t speak during the presentation—when it has not investigated any of the other pilots present, some of whom did remark on the offending topic, does the FSDO have other, unstated reasons for the action? Several area pilots have in comments online said that they regard the conduct of some investigators at the San Antonio FSDO of being heavy handed in their dealing with area pilots.

We emailed the San Antonio FSDO with questions on this story. An FSDO employee, Ryan Newman, who was at the Zoom conference in question, declined to comment for the FAA and referred questions on the subject to FAA public relations. We reached out to FAA Southwest Region for comment, but by press time Lynn Lunsford, the communications manager for the region, was still working on getting a response to our questions.

For now, #PilotsForKen continues to press its case. One of its organizers says that it is soliciting emails to the account pilotsforken@gmail.com from pilots who want the FAA to rescind its action. Those emails, Walters told Plane & Pilot, would soon forward those emails to the FAA, demanding it rescind Wittekiend’s termination. 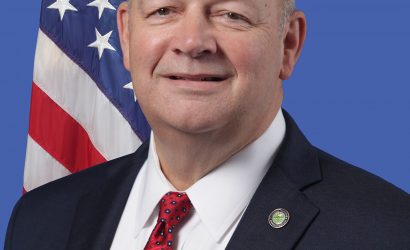 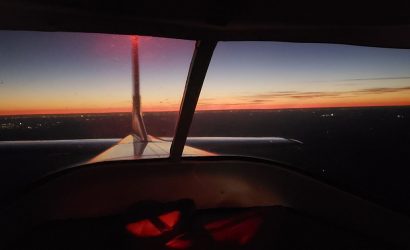