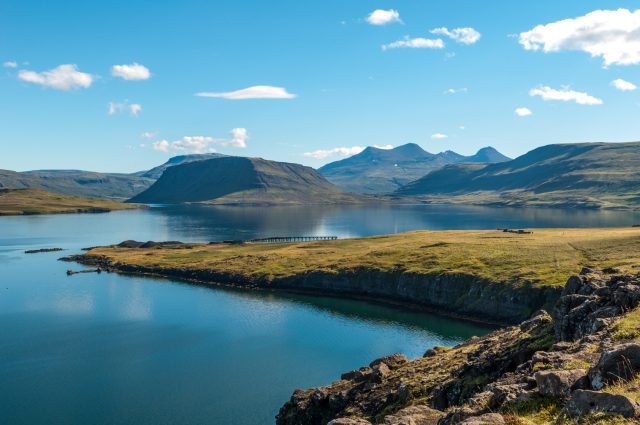 The crash last week of a small Cessna into a glacial lake in Iceland’s interior has reverberated in aviation circles. Four people died in the crash. The pilot, Haraldur Diego, 50, was a well-known figure in aviation circles for his work in promoting aviation in Iceland, as well as for his remarkable landscape photography, most of which he captured over the years from a small plane like the one he was flying over Lake Thingvallavatn that day. Diego owned the sightseeing tour company that booked the flight.

Also killed in the crash was YouTube celebrity skateboarder Josh Neuman, 22; content creator Nicola Bellavia, 32 and Tim Alings, 26, who was a sponsorship manager for one of the brands that endorsed Neuman.

Neuman’s YouTube channel has around 1.2 million subscribers. On it, one can watch Neuman as he skateboards down long, steep hills at high speeds. The videos, captured from multiple angles, are dramatic, and Neuman’s charisma and talent at content creation made him a star of the popular video site.

The plane departed Reykjavik, Iceland’s capital, last Thursday for a sightseeing trip of Lake Thingvallavatn, a trip that Diego had flown many times before. The plane, a Cessna 172, isn’t required to be equipped with any flight or voice data recorders, though it is likely that at least one camera was capturing video at the time of the crash.

When it didn’t return later that day—Thursday, February 3rd, had just over seven hours of sunlight in Iceland—the search began. It wasn’t until Saturday and Sunday that sonar and submersible craft found the wreckage of the plane and the bodies of the occupants.

Investigators are certain to be looking at a few possible factors that put light-aircraft flying at low altitude near high terrain at greater risk. This profile describes the crash of the helicopter on January 26, 2020, near Calabasas, California, in which basketball superstar Kobe Bryant and eight others perished. In that crash, the pilot was maneuvering to attempt to stay clear of clouds near rising terrain when he lost control of the helicopter and went into an unrecoverable high-speed spiral into the ground. The helicopter, a Sikorsky S-76B, was not authorized to be flying in the clouds.

While the mission that ended in tragedy in California was a helicopter charter flight and last Thursday’s crash was a sightseeing mission, the risks of the two different kinds of operations are striking. Both kinds of flights usually operated at low altitude, where poor weather can leave pilots with few escape options should they accidentally wander into low clouds, as happened in the Bryant crash. Weather conditions at the time of the crash at Lake Thingvallavatn have not been made public, but weather conditions in the area can change very quickly. Video, if investigators find any, will likely tell the tale.

And sightseeing flights often fly close to terrain to get passengers as near as possible to the area of interest, which is often associated with high terrain. To compound the risk, while doing this they often fly quite slowly, again, to give passengers longer and better viewing and photographic opportunities. The result is, even in good weather, pilots can find they have gotten too slow while too close to terrain to allow them to execute a safe turn. One of two things typically happen then. The plane either hits the terrain while trying to avoid it or it goes out of control as the pilot attempts unsuccessfully to get the plane to fly slower than it is designed to fly. This type of accident is called a stall/spin.

Another possibility is that the plane’s single engine quit or stopped producing sufficient power to keep them above the lake’s surface. This lack of redundancy is a feature of most small planes, and the additional risk of flying in a single-engine airplane is something pilots of small planes largely accept.