Enthusiasts of so-called eVTOLs have a galaxy of projects to track, including large-scale ventures from giants of industry and tiny startups funded by hitherto unknown entrepreneurs. That latter part of the segment contains players like Opener and Swedish-built Jetson Aero, which we covered in February’s Going Direct. In every case, manufacturers will be smart to demonstrate designed-in safety alongside messaging about speed, range, efficiency and convenience.

Opener, a company based in Palo Alto, has been developing the BlackFly personal eVTOL for the past decade. It recently posted photos and a video on its Facebook page to announce, “7 parachute tests. 7 successful landings.” It also mentioned that one particular aircraft has completed four of the tests.

The 49-second video highlights a parachute test that begins with deployment from a 400-foot AGL hover, according to the title card and captions. No pilot is visible in the aircraft during the test. At nearly 18 seconds elapsed, the video shows evidence of rocket deployment, and chute extraction begins as the craft drops from the sky, its eight propellers clearly stopped or windmilling. The main chute appears to be fully inflated about four seconds later, and the BlackFly swings gently under the striped canopy as it floats to the ground.

Near the end of the test, the BlackFly propellers add a small amount of forward thrust, presumably for stability and cushion during the landing. Total time from deployment to touchdown is 24 seconds, for an unscientific average rate of around 17 feet per second, or a bit north of 1,000 feet per minute. At the time of touchdown, however, vertical speed is negligible.

A note on operating differences between Opener and Jetson Aero: Jetson has published a list of about 115 deposit holders by city, along with a delivery schedule for 2022 and 2023, while Opener has declined to accept deposits for the BlackFly. It has, however, already donated BlackFly prototypes to the EAA Aviation Museum and Hiller Aviation Museum. 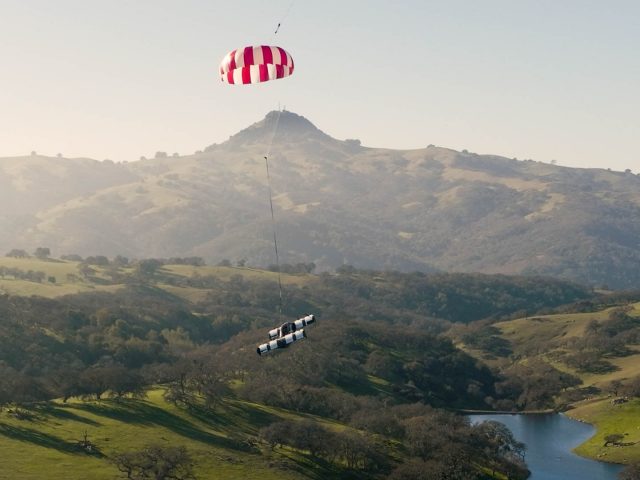 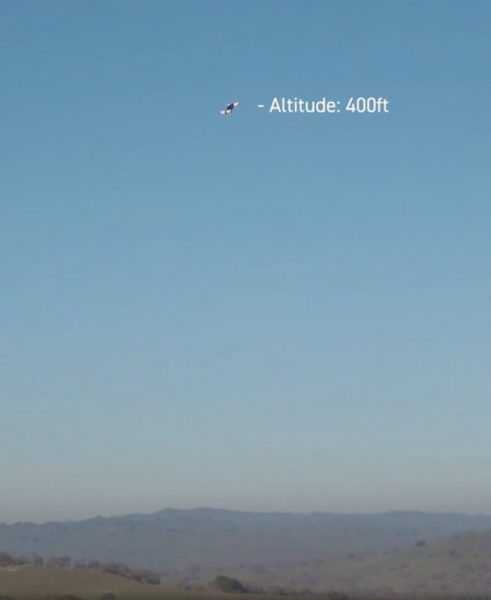