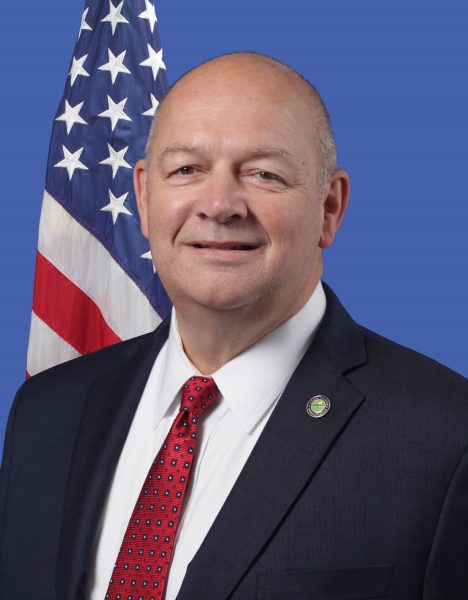 In an unexpected move, FAA Administrator Steve Dickson announced he was stepping down from the FAA’s top job at the end of the month, he says, to spend more time with his family. Appointed by then-President Trump in 2019, Dickson took the reins from Michael Huerta, who was at the helm of the agency for five years.

Dickson’s tenure at the FAA was arguably the most challenging in the history of the agency. He inherited the Boeing 737 Max crisis in full swing but successfully shepherded the return of the controversial airliner to commercial service. The original certification process for the 737 Max was rife with irregularities from Boeing, which pushed through certification despite known issues, and the FAA, which did a poor job of overseeing the process. Dickson insisted that the process be an intensive one—he even said at one point that he wouldn’t approve the Max recertification until he had had the chance to fly the airplane himself. He did fly it, though it would be several months before the FAA re-approved the aircraft’s flying papers.

While the 737 Max crisis was well established when Dickson took over from Huerta in 2019, the coronavirus pandemic was still six months in the future. Once it hit, Dickson was faced with a crisis of unprecedented proportions, as commercial traffic in the United States and abroad trickled to a near standstill, and the FAA had to come up with rules on the fly to address the security of passengers and flight crews, as well as dealing with Centers for Disease Control orders limiting foreign travel.

Dickson was a controversial choice to head the aviation agency. While he was an executive at Delta Airlines, Dickson was involved in a retaliatory action against a whistleblower, Delta pilot Karlene Petitt. After her whistleblower report, Delta required Petitt to get a psychiatric examination after independent medical experts ruled such an order was unwarranted. In its investigation into the retaliation, the United States Labor Department found that Dickson was part of a of retaliation action against Petitt, who had sued the company. She was ultimately awarded $500,000 in lost wages and compensation.

There was no mention of the Petitt ruling around the Beltway following Dickson’s announcement. Department of Transportation Secretary Pete Buttigieg thanked Dickson for his service and strong leadership during his tenure, and both the Aircraft Owners and Pilots Association and the National Business Aviation Association praised Dickson’s work during his two-and-a-half years on the job. The term of an FAA Administrator is limited to five years.

During his time at the FAA, Dickson has also had to contend with the 5G implementation crisis and an explosion in violent outbursts by passengers on commercial airliners, many of whom were angry about the FAA mandate that passengers wear masks on commercial planes.

President Biden is expected to nominate a replacement for Dickson in the coming weeks. The position is one that requires Senate confirmation, though it has rarely been one that has incited strong political partisanship.