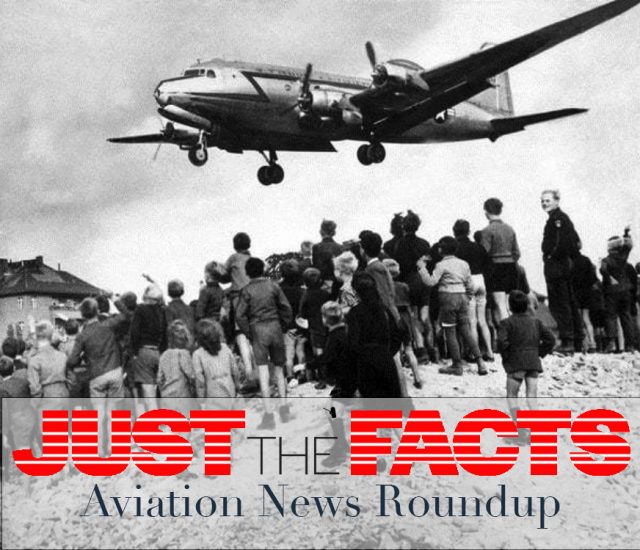 FAA Administrator Steve Dickson announced his resignation effective March 31, 2022. Dickson, who faced unprecedented challenges in his two-and-a-half years at the agency, oversaw the FAA take on the pandemic, the Boeing 737 Max conflagration, the crisis of 5G and ongoing struggles with passenger unruliness over the FAA mask mandate.

Joby Aviation’s stock prices took a hit after it revealed that one of its two as-yet-unnamed remotely piloted multicopter craft crashed during what appears to have been Vne testing near Joby’s remote testing facility in California. The craft was reportedly traveling at 240 knots, well over its advertised top speed. No one on the ground was injured, and Joby says that it’s cooperating with the FAA on the probe into the mishap.

The FAA and NTSB are investing the crash of a Pilatus PC-12 off the coast of Beaufort, North Carolina, last weekend that killed all eight occupants, six of them young men. The pilot, a local businessman, was flying the group back home after a weekend of duck hunting. A Marine Corps Air Base controller reported that the plane had gone off his radar screen and that it had been flying erratically just before it crashed. The weather was overcast at the time of the mishap.

Opener Aircraft conducted remotely piloted testing of the whole aircraft recovery parachute system on its Black Fly e VTOL craft. Even though it was initiated at low altitude, around 400 feet AGL, the craft, with its electric motors turned off, settled to terra firma very gently.

The National Aeronautic Association has chosen pioneering aviator Wally Funk to receive its Stinson Trophy for her work as part of the Mercury 13 astronaut test program, as a longtime CFI and safety investigator. The association will officially present the award to Funk at the 2022 Women in Aviation convention in Nashville, Tennessee, on March 17. Congratulations Wally Funk!

The National Business Aviation Association launched an umbrella group called the Owner Pilot Coalition (OPC) that will bring together the members of a number of owner-flown business aircraft, including the Citation Jet Pilots Association; Malibu M-Class Owner and Pilot Association (M-MOPA); and the TBM Owner Pilot Association (TBMOPA). NBAA plans to offer resources to those pilots and owners to help them meet the many unique challenges that owner-operators of small turbine aircraft face.

The NFL’s Super Bowl LVI went off without a hitch on Sunday—just don’t tell Bengals fans that; the team lost 23-20 to the home team LA Rams. Large numbers of business and private aircraft arrived into the L.A. Basin on Friday and Saturday for the Super Bowl, and were squeezed onto ramps and tie-down areas at every possible airport in the area.

Official Super Bowl network NBC took some heat from the aviation community for its paltry coverage of the pre-flight flyover of a United States Air Force Heritage Flight team, giving it, according to one viewer, two seconds of coverage. The flyover was commemorating the 75th anniversary of the United States Air Force. The formation was composed of a North American P-51 Mustang; a Lockheed Martin F-22 Raptor; a Lockheed Martin F-35 Lightning; a General Dynamics F-16 Fighting Falcon; and a Fairchild Republic A-10 Thunderbolt.

Berlin Airlift “Candy Bomber” pilot Colonel Gail Halvorsen died earlier this week at the age of 101. Halvorsen became famous for dropping candy in small parachutes to Berlin children from his Douglas C-54 during the airlift that broke the Soviet Blockade of Berlin in the days after the end of World War II.

Canada announced the adoption of additional ADS-B requirements for parts of its airspace and an ADS-B mandate for all aircraft flying in Class A and Class B airspace above 12,500 feet. The new, complex rule will require the use of 1099 extended squitter technology by February 23, 2023.