I never fail, at some TIME during an introduction of flying to an eager student, to point out the linkage of engine power and the airplane’s attitude. Without the correct mix of these two elements, I stress, successful outcomes are impossible. “This,” I inxtone, “is the E=mc2 of aviation—Power Plus Attitude Equals Performance,” finger-writing my words on an imaginary chalkboard.

However, there is a third ingredient in our ability to execute flight: “Energy Management.” Taking a basic understanding of the primal relationship of attitude and power, and then managing those two inputs is the essence of flying. Therefore, whenever I’m asked, “What does it take to make an airplane fly?” I always reply, “Power, Attitude and Energy Management.”

Fighter pilots locked in mortal combat with a wily opponent know that survival depends on their ability to manage the energy available in the aircraft. Glider pilots, including the ultimate in glider-guiders, those tasked with bringing a Space Shuttle back to earth, must maintain awareness of their craft’s energy state, managing it carefully to avoid the dreaded “landing out.” Aerobatic competitors know that their ability to complete a sequence depends utterly on managing the energy available to them.

Airplane owners, only partly in jest, like to throw in “money” as a critical element essential to flight, but I postulate that the existence of sufficient funds is merely an extension of managing energy, in that one must manage to have somehow the means needed to fill the gas tank. At some point, most of us will eventually wind up owning an airplane we cannot afford.

“Solving a deficit of energy can be as simple as opening the throttle to rebuild the aircraft’s energy state.”

Managing To Achieve A Goal

We learned, early on in our student pilot days, that it’s impossible to keep the airplane in a steady state of slow flight without establishing the correct power and attitude. As we struggled to keep the airspeed frozen at 1.1 times Vs and our altitude unvarying, we were actually learning the energy management business. If, later on in our career, we’re forced to conserve the potential energy of our available fuel while waiting for improvement above a fogged-in airport, we will apply the exact same principle.

Similarly, if we’re trying to land on a tiny Amazonian sand bar without winding up in piranha-infested water, we will have to manage our airplane’s energy state to keep our feet dry. And, if we’re wanting to clear the treetops that are waiting to ensnare us during a short-field departure, we must carefully manage the aircraft’s energy, avoiding both stall and saplings.

Energy management involves forward-thinking. If we know we’re going to need a certain amount of energy to complete the next maneuver, it’s necessary to form a plan, so it’s available when we need it. We need to continually stay aware of how we can obtain this vital ingredient. Much of the time, we’re carrying some extra energy in our fuel tanks, in the form of combustible chemicals available to produce thrust at the touch of a throttle knob. We also have stored energy in the form of altitude, assuming we haven’t flown up-slope into higher terrain, and there’s excess energy on tap in the form of airspeed over and above that needed for the flight profile.

Energy management, therefore, involves taking into account all of these sources of potential energy and making sure there’s going to be enough to see us through. If I want to do a loop in a glider or with a low-powered airplane, I have to enter the maneuver at an airspeed sufficient to sustain the pull-up and fly over the top without stalling. This expenditure of airspeed is simply a manifestation of using the aircraft’s energy state. I can build up the needed energy by diving off some altitude or opening more throttle if I have it available, and I will manage the energy by making a constant-G pull-up that converts the airspeed into altitude most efficiently. On the down-line part of the loop, the energy used to gain altitude rebuilds into airspeed once again, but in the absence of more engine power, we’ll always wind up lower than we began due to the maneuvering drag stealing some of our energy. 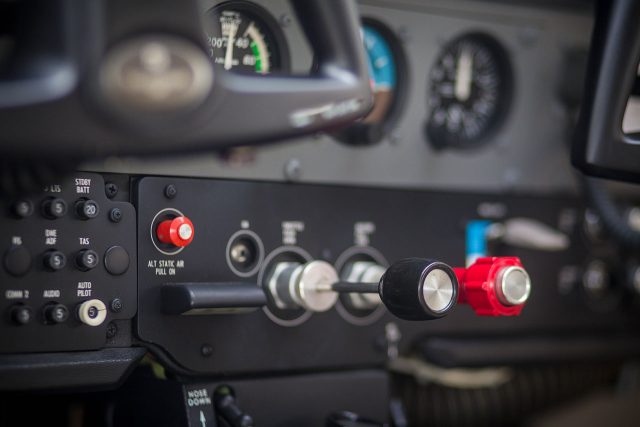 Maintaining An Excess Of Energy

Thus, the twin inputs of attitude and power are used in our management of the energy required to complete any maneuver. If we’re wise, we’ll always have more energy available than we need, such as a generous amount of fuel remaining at the end of a flight or a little extra airspeed on final in case we need it to fly through wind shear on our way to the runway threshold. By the same token, it is often necessary to dissipate excess energy, like making a 360 to burn off altitude before entering the traffic pattern or opening spoilers or lowering flaps to increase the descent rate or slow our speed.

Solving a deficit of energy can be as simple as opening the throttle to rebuild the aircraft’s energy state. In a glider, we can opt to loiter in an area of lift to regain a comfortable amount of altitude, which represents the potential energy needed to complete the flight. If we’re low on a landing approach but still have some extra airspeed over the aircraft’s best-glide speed, we can raise the nose attitude a tad and convert that speed into altitude. If there’s enough time to overcome the initial sink caused by raising flaps, it’s possible to clean up the wing during an approach that’s going low, then re-apply the flaps at the last few seconds.

No better demonstration of energy management exists than a 1,080-degree gliding spiral culminating in a power-off landing, often used to train for the commercial pilot airplane rating. The objective of completing three circles over the upwind end of the landing area takes concentration and planning. Common errors in this maneuver are getting out of position, often resulting from failing to change bank angle to counter the wind drift and running out of altitude early by using a wide sweeping turn instead of a tighter one. Management of the aircraft’s energy state in this case requires planning if you want to be over a specific spot, at or above a target altitude at each point in the maneuver. During the final segment leading to touchdown, one can employ slips, flaps or ground track adjustments to dissipate remaining energy gradually.

Throughout his life-long career as fighter pilot, test pilot and demonstration pilot, the late, great Bob Hoover employed energy management techniques learned in his self-taught aerobatics. Hoover possessed flying abilities far beyond those of us ordinary mortals, but we all can learn from his examples of putting an airplane exactly where it needed to be and keeping the right amount of energy throughout the routine while always knowing where he was going to be in the next few seconds.

Read Speed Is Life (And Momentum Is Its Sidekick) to learn more. 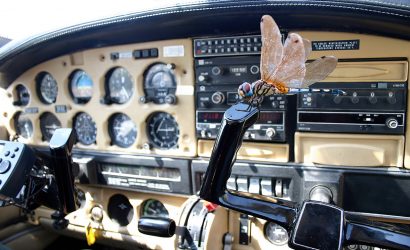 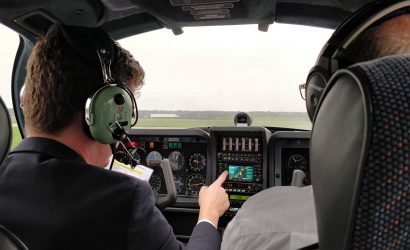