In each issue of Plane & Pilot magazine, we share awesome gear and other cool items pilots and aviation enthusiasts will love.

The round-up in our July 2021 issue features the Onewheel and more!

Onewheel: A Fun, Efficient Way To Get Around After You Land One of GA’s thorniest dilemmas is, “I’ve arrived at my destination airport; now what?” Covering the last mile (or several miles) from the airport into town or to a campsite can be frustrating, especially at rural airports. One fun and practical option is the compact Onewheel—a rugged electric-powered skateboard that actually works as efficient, hands-free, reliable ground transportation. It’s been touted in Forbes, Wired and even The New York Times, which suggested self-balancing “micromobility” devices such as the Onewheel could be the solution to Manhattan traffic.

Onewheel hit the market in 2013 after eight years of tinkering “and lots of coffee” for inventor Kyle Doerksen of Santa Cruz, California, where Onewheel is now based. Its stability-control components use much of the chip technology found in electronic avionics systems. It’s not inexpensive (monthly financing is available), but a Onewheel can serve as an around-town commuter option as well as letting you riding trails just for fun. In addition to the larger XR, which has a range of 12 to 18 miles per charge, Onewheel also offers its smaller “Pint” version with about half that range. Either one charges in around two hours, or one hour with an optional “Ultracharger.” The 27-pound XR is more stable, but the 23-pound Pint is nimbler, according to the company. Top speeds are 19 mph for the XR and 16 mph for the Pint.

To try out a Onewheel, I visited The Sportsman outfitting shop in Logan, Utah, where Mark Fjeldsted gave me a quick sidewalk lesson on the Pint. With Mark literally holding my hand, my first attempt produced significant RIO (rider-induced oscillation). But I quickly got the hang of it, and my second solo run was smooth and effortless (much easier than spelling Mark’s last name). Just like in an airplane, you pitch down to accelerate and pitch up to slow down. Steering is done as with a conventional skateboard, but I found the Pint far easier to control. My wife also took a spin on the Pint, and her turns were better than mine.

I could readily imagine the Onewheel as viable airport transportation, and it must be a ton of fun for trail riding, racing and other adventures.

Why pay for the electric motor on a tow bar when you can use your own cordless drill? If you’ve always wanted electric power to move your airplane, the made-in-the-USA GoTow-powered tow bar could be your answer. Built of lightweight aluminum, the GoTow uses the operator’s weight to actuate the drive wheel (so if you fall off, it doesn’t keep going), and you also get to ride along as you reposition the aircraft. The steerable wheel makes maneuvering easy.

The GoTow is adjustable for use on several different aircraft types without an adapter, including most Cessna singles and Cirrus SR20/22 models. It works with Beech Bonanzas and more types with optional adapter kits. Check the Sporty’s website for applicability for your plane. Requires at least an 18V cordless drill with half-inch chuck capability.

Especially for a low-wing aircraft with wheel pants, slithering underneath to check tire pressure can be a real pain in the ass—literally.  European-based wheel, brake and landing gear specialist Beringer has announced its new SensAIR tire pressure and temperature monitoring system. With SensAIR, sensors attached to a Beringer rim connected to a smartphone app via a single code per wheel, eliminating the risk of measuring data from, say, another nearby tire in the hangar. 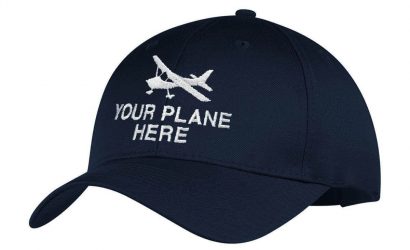 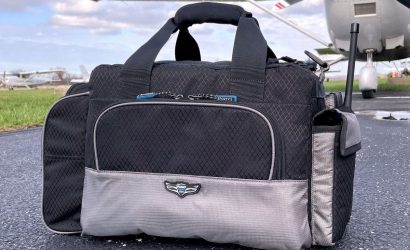